For two San Francisco officers a call last week to save an abandoned baby became one of the most emotional experiences ever as they held the bluish body of the boy and hoped they could make it in time to the hospital to save the newborn.

It was around 2.00 am early Wednesday morning when officers Steve Gritsch and Matt Cloud received a phone call about a bleeding woman with a baby at Third Street and McKinnon Avenue.

When they reached the spot, they found a man holding a baby wrapped in a jacket. The newborn’s mother had reportedly delivered on the sidewalk 30 minutes earlier and left the baby in the man’s arm before walking away. 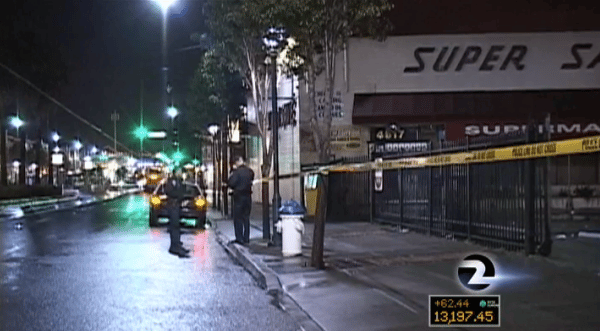 The officers who are both fathers immediately sensed that there was something wrong with the infant.

“No movement, no screaming, no crying, no pulse,” Cloud said.

Gritsch took the baby from the man’s arms. He noticed the body was bluish and the baby was gasping, not breathing, reports SF Examiner.

He went to the nearby Muni platform to perform CPR even as rain poured on him and the limp baby.

Gritsch is a former emergency medical technician in the North Bay and has experience giving CPR during emergency situations. At that moment though he did not believe the infant could make it through.

“I wasn’t going to let that baby die on the platform in the rain,” Cloud said.

He knew that it would take the ambulance at least 10 minutes to reach them so the two officers decided to take the baby boy to the hospital themselves in their patrol car.

Gritsch was in the back seat still trying to revive the baby but he had difficulty administering CPR in the moving vehicle.

“We were sliding around pretty good,” he said.

Cloud recalls how at one moment Gritsch became so emotional he began to cry.

“I recall hearing him crying and talking to the baby, just telling him to come back and breathe,” Cloud said. “That’s something I’ll never forget.”

Cloud sped to reach the hospital on time without also hurting the baby.

Meanwhile the two had notified the San Francisco General Hospital trauma centre of their arrival. The medical staff took over as soon as the officers arrived.

The baby boy is said to be stable now, although cocaine was found in his system. He is also underweight weighing less than 5 pounds. His mother has been identified as 39-year-old Nneka Nash and she is facing charges on a felony count of willful cruelty to a child and a misdemeanor count of failure to provide care to a child. She was later found and transferred to the hospital for care as well. 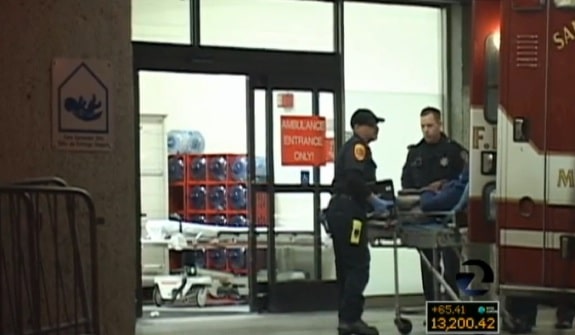 Child Protective Services is now looking after the baby. The officers are calling the little boy ‘Baby Boy Nash’ and have visited the hospital to check on him.

They are also preparing a special Christmas surprise for the baby to make his festival as warm and happy as he deserves it to be.

Police Chief Greg Suhr lauded the two officers’ effort and quick decision of not waiting for an ambulance. He stressed that it is this decision that saved the baby boy’s life.

The two officers however say that the minutes inside the patrol car when they were struggling to revive the infant are some of the most traumatic and emotional experiences of their police career.

Baby boy Nash though will always know them as his angels when his own mother abandoned him.