A call for help for a suspected overdose ended in premature baby delivery for Rhode Island Police last month. 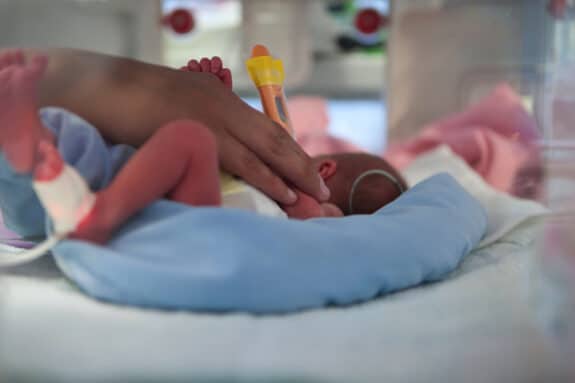 On March 25 a woman called 911 after getting a concerning call from her sister. Based on her history of drug use, the family believed she was possibly overdosing.

Having just saved someone from an overdose, Officer Connor Doyle, 27, responded thinking this call would be similar.

“She’s standing there with just a shirt on and about 90% of the way through delivering a baby,” Doyle recalled.

“She must have said I didn’t know I was pregnant like 50 times,” He added.

Police found evidence of drug use inside the apartment and the woman admitted to using recently. They suspected this could have brought the premature labor on.

Sadly, the baby was unresponsive when it was delivered and more advanced care was needed. The officer and two members of the Fire department used what they had on hand but were forced to cut the cord with a pocket knife.

“It was kind of like a nightmare scenario,” he explained.

Mom and baby were rushed to a nearby hospital before the baby was later taken to a different hospital that specializes in premature care.

“Due to her state, the child was in very, very poor shape,” explained Doyle. “The hospital later told me that it was 25 weeks along. This baby was about the size of my hand, maybe smaller.”

At his last check, the mother was doing well and the baby was expected to recover.