Home » Polls, Fire Chief and a New Baby, OH MY! 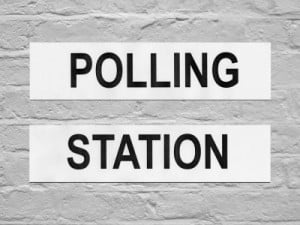 Fire chief and Town Board candidate Dominic Pasinella Jr. may be the only electoral candidate ever to deliver a baby at a polling station, which just happened to be in the fire hall.

After voting for himself, Pasinella headed home. Just as he got there, he heard an emergency call for a “pregnancy problem” at the fire hall he had just voted at. Pasinella responded to the call.

When he got there, he found Ptarmigan Fox-Etman, who had just been driven by her husband from their Cambridge home 20 miles away. After realizing that they weren’t going to make the last nine miles to the Samaritan Hospital in Troy, Fox-Etman’s husband decided to stop at the fire hall and ask for help.

With the assistance of Robert Loya and Jessica Valyou, Ptarmigan helped deliver Tox-Etman’s baby; voters on one side of the hall, casting their ballots and Fox-Etman, pushing life into the world on the other.

Word of the event got out and voters had crowded outside the fire hall. They were waiting to hear the baby’s gender.

When it was announced that Charis Etman, a girl, was born, weighing in at 7 pounds and 10 ounces, the crowd went wild, cheering and hooting in a congratulatory statement to the new family.

After baby and mother were safe to transport, they were taken to the Samaritan hospital they were trying to reach. Reportedly, they both recovered well.