Poppy Montgomery and son, Jackson Kaufman were all smiles as they arrived in Sydney, Australia on Friday (April 14th). 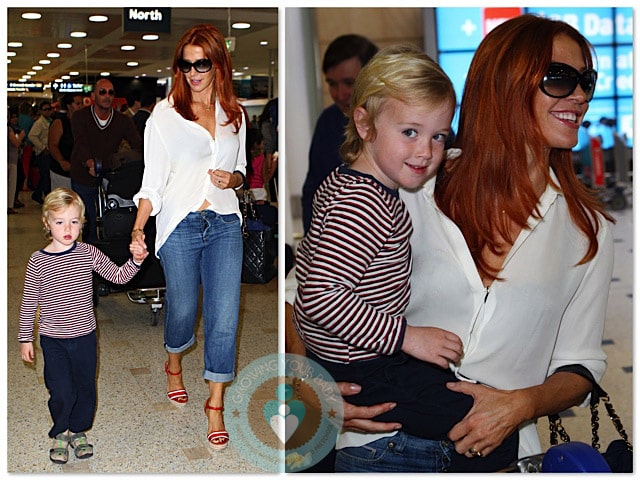 On Tuesday, the actress wrapped her first season of shooting “Unforgettable” a police drama centered around Poppy’s character, a former NY Police detective who has a rare medical condition that gives her the ability to visually remember everything.

She is in Australia, her home country, to promote the show and to gear up to executive produce “Sworn to Silence,” with Neve Campbell.