Home » Pre-eclampsia may be Caused by Fetus, Not Placenta, Experts Say

Estimated to affect approximately 5%-8% of all pregnancies, pre-eclampsia can cause serious health complications, including seizures, kidney failure, heart failure, and hemorrhaging. It is most common in older mothers, women suffering from obesity or diabetes, as well as women carrying triplets or twins. 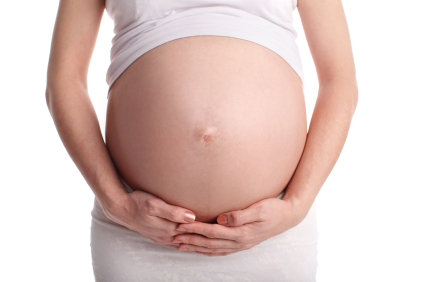 Before now, experts have assumed that the placenta is responsible for this potentially fatal condition. However, a new study suggests that it may have more to do with the baby than the vital organ that carries blood and nutrients to the fetus.

The theory was birthed by Associate Professor Alicia Dennis, Consultant Anaesthetist & Director of Anaesthesia Research at the Royal Women’s Hospital in Melbourne, and Dr. Julian Castro, a consultant cardiologist at St. Vincent’s Hospital, Melbourne, who recently co-wrote an editorial published in the journal Anaesthesia.

“There has been no decrease in the prevalence of pre-eclampsia over the last 50 years,” Dennis said. “We were looking for a unified theory to explain why so many pregnant women develop this condition.”

Dennis and Castro surmised that pregnancy is uneventful in women who are able to maintain a sustained, balanced oxygen supply to meet the changing metabolic demands of the fetus. And, rather than pre-eclampsia being caused by some unidentified substance that the placenta produces, it is caused when the woman has a reduced capacity to meet those oxygen demands of the fetus that the situation can become deadly.

The editorial authors say that the cause for this inability to meet oxygen demands could be caused by a number of variables occurring with the baby, the mother, or the placenta. Wherever it may start, it all ends up the same – with a mother that is trying to deliver more oxygen to the baby to help it grow, but instead raises her blood pressure which, in turn, causes damage to her body.

“The cause of pre-eclampsia, and identifying which women will develop hypertension in pregnancy, have puzzled health professionals for decades, so we were very keen to present the theories put forward by Dennis and Castro,” Dr. Steve Yentis, Editor in Chief of Anaestesia, which is published by Wiley-Blackwell on behalf of the Association of Anaesthetists of Great Britain and Ireland (AAGBI), told Science Daily.

Castro and Dennis are so convinced that they are now calling for the name of the condition to be changed to help make women more aware of the risks.

“Referring to it as hypertension caused by pregnancy, rather than the historically outdated name of pre-eclampsia, would mean that women worldwide could be better informed and counselled about the condition,” Dennis told Science Daily.

Unfortunately, at this point, it is simply a theory. And, as of right now, there is no effective or accurate way to determine which pregnant mothers may develop preeclampsia; only possible risk factors. For this reason, the authors suggested that the health care industry start applying the same standards of management in pregnant women that are used in non-pregnant adults with life-threatening heart disease, particularly the use of cardiac ultrasounds.