Our seventh profile is of a beautiful little girl named Elizabeth. 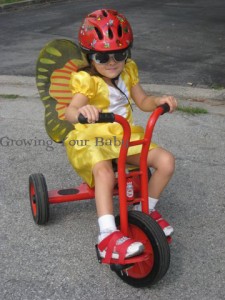 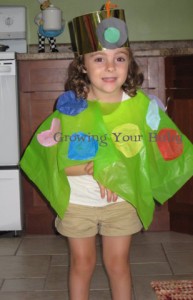 Elizabeth was born on December 17th 2004 at 25 weeks and 3 days. Mom Angela does not know why Elizabeth entered this world to soon, as most of us never find out. Angela said she was working night shift as a Registered Nurse and after assisting with lifting a patient she started bleeding. She did have early Braxton Hicks and back pain and these symptoms were brought to my OB’s attention but he was not concerned.

When Elizabeth was born she weighed 730 grams. Her NICU stay was rocky in the beginning. Elizabeth’s PDA (patent ductus arteriosus) did not close with the standard medication and the wait for surgical closure was long. It was awful because she was having great difficulty being ventilated and was becoming septic and running out of reserve.

For a 25 weeker Elizabeth had a fairly standard NICU course. She suffered life threatening reflux and her heart rate would drop with each feed. She had extensive BPD (bronchopulmonary dysplasia) and was difficult to get off ventilator support. Once Elizabeth became more stable things became more routine as she grew. Angela would go up to the NICU everyday for the day. She would sing to her, read to her and when she was stable they would have kangaroo time where she was tucked in my shirt skin to skin.

“I savoured every second cuddling with her”

In the evening her Dad would come and bath her and get her ready for bed.

“We were very blessed to be in an amazing NICU and I feel very strongly that without the dedicated knowledgeable staff Elizabeth would not have done as well as she has”.

After three and a half months, Elizabeth was able to go home. The most difficult time was 1-2 weeks before she came home because mom and dad so desperately wanted her to be home with them.

Elizabeth is definitely not unscathed by her prematurity. She was diagnosed with a hearing impairment at 4 months old and her reflux continued at home limiting her intake. She vomited constantly and this caused her to become aversive to eating. Elizabeth was on oxygen for a while at home due to her BPD and now continues to be prone to pneumonia and respiratory illnesses.

Elizabeth has Cerebral Palsy (an umbrella term encompassing a group of non-progressive, non-contagious conditions, caused by brain damage before birth or during infancy, characterized by impairment of muscular coordination.) She can walk independently but despite aggressive physiotherapy her gross motor skills are in the 17 month range. Her CP also affects her speech and fine motor skills. Elizabeth is an extremely smart little girl but issues with attention and learning are becoming more apparent as she is being challenged academically.

Elizabeth is an only child. Angela says they have put off having another child until Elizabeth is more independent. Currently Elizabeth sees many medical specialists and therapists to help her succeed and develop. Having another child at the present would take away from the time that Elizabeth needs from her parents. They are also trying to prepare that if they did have another preemie they would be able to devote as much attention to him/her as they have done for Elizabeth.

If Angela had some advice for a new preemie mom it would be this: PLAY with your child. Things can be very overwhelming with so many professionals telling how you should teach, hold and talk to your baby, you spend so much time stimulating your child and fretting that you haven’t done enough that you begin to doubt your ability to parent. Structured playtime is as just as important as teaching your child to sit and crawl and it is a great time to relax and have fun together.

I asked Angela to describe Elizabeth in one word and she said “DETERMINED.”

Angela is a personal friend of mine, and I can definitely agree that Elizabeth is a determined young girl. She is bright, beautiful and an inspiration!