Our fourth profile is of Gavin Paquette. 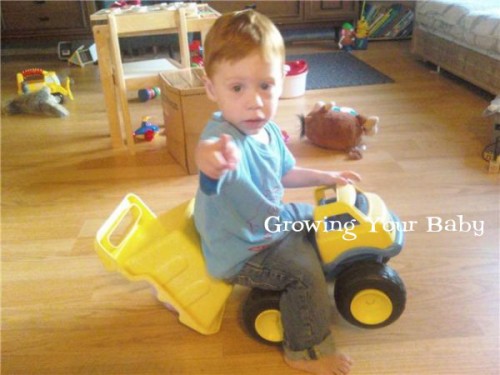 Gavin was born on December 22nd 2007 at 26 weeks 4 days, however the doctor said he was more the size of a baby born at 25 weeks and 3 days. They thought that possibly mom Jennifer was confused about the conception date however she wasn’t because she had IUI (Intrauterine insemination) to conceive.

Jennifer had HELLP syndrome (a life-threatening obstetric complication usually considered to be a variant of pre-eclampsia.) Gavin weighed a mere 640 grams when he was born.

During Gavin’s NICU stay he was intubated shortly after birth because the doctors said he was able to cry OR breathe, but not both at the same time. He was on the ventilator for 5 weeks when they were able (after a course of steroids) to wean him to CPAP (continuous positive airway pressure.) Gavin was on CPAP for 3-4 weeks, then they were able to wean him to high-flow nasal cannula oxygen. (He came home on oxygen and was on it until he was over a year old.)

Gavin was OG (oral-gastric) tube fed for several weeks after starting on TPN for a few days after he was born. They wouldn’t feed him for the first few days because he hadn’t passed his meconium plug. They had to keep giving him enemas daily to pass it. Gavin started being fed by NG (nasogastric) tube after a while.

About a week after he was born he ended up with pneumonia, and shortly thereafter he developed MRSA (Methicillin-resistant Staphylococcus aureus is a bacterium responsible for difficult-to-treat infections) in one of his eyes. Parents were unable to touch his skin with bare hands until he reached 1000 grams, but he had MRSA at that time, so they couldn’t touch him until after that was cleared up. Because of his fragile state and being on the ventilator, they were unable to hold him until he was 5 weeks old, and that was only with gloves and gowns on due to the fact that he still had the MRSA.

They started trying to bottle feed Gavin at 34 weeks. Breastfeeding was given a try in the hospital after working on bottle feeding, but Gavin never took to it. Most of his NICU stay was spent watching him desat (several hundred times a day at first!), and then trying to get him to gain weight so his lungs would get better. He retained fluid, so they started him on diuretics which he continued for about 6 months.

Gavin spent a total of 103 days in the NICU before coming home. As far as effects from his prematurity, he has BPD (Bronchopulmonary Dysplasia-a chronic lung disorder that is most common among children who were born prematurely, with low birthweights, and who received prolonged mechanical ventilation.) A neurologist told Jennifer that all preemies have some degree of brain damage. She does not know yet if that’s true. Gavin seems to be mostly caught up at least to his adjusted age, and his physical health (except for his lungs, which are getting better all the time.)

Gavin did have reflux while in the NICU and when he came home, but there was no luck with treating it with Prevacid or Zantac. They decided to just not treat it since it wasn’t that bad. He has been diagnosed with failure to thrive (a condition in which a child loses or fails to gain weight and grows at a slower rate than expected) since he wouldn’t drink more than a few ounces at a time until just recently. Gavin is finally starting to catch up on weight though.

If Jennifer had one piece of advice for a new preemie mom it would be this: Join a support group and get as much information and help as you can!

I asked Jennifer to describe Gavin in one word and she said “FIGHTER”.

I agree! It is not easy for any baby born this early to pull through the NICU without a fight!