Our next two miracles are Ross and Riley. They were born on July 21st 2006 at 32 weeks to mom Melissa. 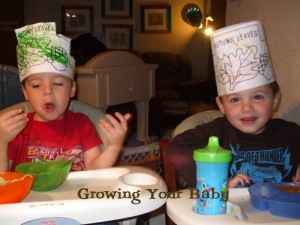 Most women never really know why they end up having their babies early, however Melissa does. We recently spoke to her about her journey. Here is her story:

Ross was significantly interuterine growth restricted (IUGR) and dropped from the 40th percentile in size to the 3rd percentile in size over the course of a couple of weeks. Earlier in the pregnancy I had experienced significant bleeding episodes, which they believed were due to his placenta not forming correctly. The perinatologist felt that the malformed placenta stopped working, which is probably why his growth slowed so much. I was already a high risk pregnancy (tons of fertility treatments to get pregnant, twins, bleeding and bedrest, etc.) so I was being monitored very closely. The perinatologist determined that Ross had a better chance at survival if he was delivered and scheduled a c-section.

At the time, I was so sad that Riley would have to suffer the effects of being a preemie also, because he appeared to be developing just fine in utero. However, within seconds of his birth, the neonatologist from the NICU realized that one of his testicles was twisted and black. Riley was rushed to another hospital and his testicle was removed during an emergency surgery hours after he was born. It was a rare emergency situation that does not show up on ultrasound, and we would never have known it was happening if he had not been born that day. With the loss of one testicle, he will not suffer any ill effects. However, when they went to do the surgery, the other testicle was also starting to twist and they had to take steps to prevent that from happening to save it. If he had remained in utero even one more day, he would have lost both testicles, resulting in him never going through puberty, having severe growth issues, and never being able to have children of his own. So, although I delivered early because of Ross, it actually was a medical miracle for Riley, too.

When Ross was born he weighed in at 2lbs8oz. Ross had a very uneventful, typical NICU stay. He had the typical A’s and B’s, some reflux, and bilateral Grade 1 IVH’s(intraventricular hemorrhage), but for the most part was a feeder and a grower. He never suffered any infections or critical illnesses. After 33 days he was able to come home.

Riley was 3lbs14oz when he was born. Riley was on a ventilator for 24 hours after his testicle surgery and then on C-pap for only three days. Then, he had the typical A’s and B’s of prematurity. He also had bilateral Grade 1 IVH’s (intraventricular hemorrhage) like his brother. Riley suffered a severe staph infection in his parotid (salivary) gland. After he recovered from that, he was a feeder and a grower. He came home as well after 33 days in the NICU.

As a result of their prematurity, Ross has mild cerebral palsy which mainly affects his right side. In addition, he also has PDD (a mild form of autism) which may or may not be related to his prematurity. He has been delayed in all areas (gross and fine motor) in terms of meeting milestones, although he is meeting them at his own pace, slowly. Ross is able to walk independently.

Riley was diagnosed with global hypotonic cerebral palsy (low tone) as a result of being born at 32 weeks. He wears DAFO’s and still has an altered gait, however he is walking independently. He suffers from global gross and fine motor delays as well.

If Melissa had one piece of advice for new preemie moms, it would be this: Trust your instincts and realize that your child is not simply a “preemie” or a “patient” but that this is your baby. You are a mother, and you will know what your child needs and you will able to love, care for, and meet those needs. Don’t be afraid to question doctors, ask for clarification, and get second, third, millionth opinions if something doesn’t feel right. Just because your baby is a preemie and might need extra medical care, don’t give up your “momminess” for the sake of the doctors. Being the parent of a preemie doesn’t make you any less of a mom, it makes you more of one.

I asked Melissa to describe her two boys with one word each. For Ross she says “MAGICAL” and Riley “HILARIOUS”.

If you would like to read more about these two incredible boys you can see their blog at Twincredible Twosome: Ross & Riley