Very early on our baby was labelled lazy, the nurses and doctors would tell us he just didn’t feel like breathing. I called it relaxed, he knew the machine would do the work for him if he didn’t breathe himself.

He was on a ventilator for 8 weeks, Nasal Cpap for 4 weeks and Low Flow for 3 weeks. Making sure he tried out all of the breathing equipment at the hospital, Cole was oscillated for 3 days in his first week after both his lungs collapsed.

At birth he was diagnosed with IVH (intraventricular hemorrhage) and Lobar holoprosencephaly. We were very lucky that the IVH healed itself around week 37. This sometimes happens to micro-preemies.

He spent a total of 114 days in the NICU before coming home 3 days after his due date.

We learned early our son was a fighter. While I was 5 weeks pregnant a doctor performed a procedure on me that should not have been done if I was pregnant. He didn’t check the pregnancy test before starting. My placenta was lifted at that point and I spent the last 6 weeks of my pregnancy on bed rest in the hospital. Most doctors we met with told us it was a miracle he survived the procedure and then he gave us a double miracle by surviving prematurity. 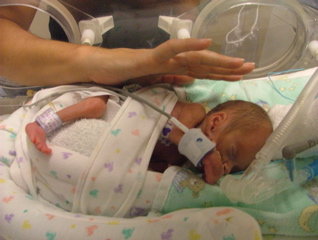 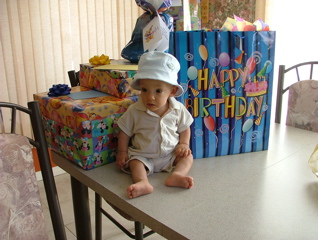 Please do what you can to support an organization that is leading the campaign to reduce premature birth by supporting research and by educating the public and health care providers.