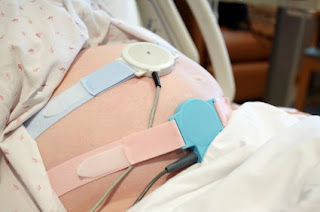 Leaders of Canada’s pregnancy specialists are urging doctors not to induce labour until after the 41st week unless there are compelling medical reasons.

The call is part of a campaign to “normalize” childbirth after some studies suggest inducing labour in a first-time mother significantly increases her risk of a C-section.

According to the Canadian Institute for Health Information, inductions accounted for 20 per cent of all in-hospital births in Canada (excluding Quebec) in 2006-07, which is up 9% from 1980.

Induction of labour occurs when medications such as prostaglandin and oxytocin are used when a woman is past her due date to ripen the cervix and get the uterus contracting. It can lead to longer, more painful labour and continuous electronic monitoring of the baby’s heart rate.

The number one risk of induction is that it leads to earlier decisions about a C-section, which now stands at an all-time high in Canada. Nearly 28 per cent of babies were born surgically in Canada in 2007-08, according to a national report released last week. That’s up from five per cent in 1969.

“Once you have used certain methods, such as rupturing the membrane (breaking the waters), we know that you have to have a delivery within 12 hours, otherwise it increases the risk of infection,” said Dr. Andre Lalonde, executive vice president of the Society of Obstetricians and Gynaecologists of Canada.

Research shows that, in healthy pregnancies, checking the baby’s heart rate after contractions by listening, or using a hand-held device, reduces the risk of interventions.

But a recently released Canadian survey of more than 6,000 women who have given birth in the last few years found most women (91 per cent) experienced electronic fetal monitoring during labour — including 63 per cent who had continuous electronic monitoring.

There is a concern that women, and their doctors, have lost confidence in the ability to give birth without technological interventions.

“The sense of letting nature decide, I think we’ve lost a little bit of that, because everything is so planned down to the minute,” said Dr. William Ehman, a family doctor in Nanaimo, B.C

Families watch the clock as the pregnancy approaches the due date, and, if women start to go over, a nervousness settles in.

“People start calling them. ‘Why haven’t you had your baby?’”

While extremely rare, the risk of a stillbirth increases after 39 to 40 weeks’ gestation, Ehman says.

“When we hear about a woman who has an unexpected stillbirth at 40 weeks and five days, you think, could we have prevented it?”

But, “we know the evidence is clear that, overall, you do much better for the women by not offering induction until after 41 weeks.”

“Nature prepares the uterus better than we can,” Ehman said. “There’s probably a whole host of things that triggers labour in the first place — and mainly it’s probably the baby. So when the baby is ready it facilitates labour by lots of mechanisms that we can’t do.

“We can add these chemicals and get the uterus contracting. But we just know that the numbers say that inductions, if they are done unnecessarily, are going to increase the risk of a C-section.”