It was clearly a nightmare no pregnant women would want to relive. Claire Hadden was seven months pregnant when a piercing ache in her stomach made her rush to the doctor. What the doctors found, just in time, was neither stomach bug nor pregnancy cramps, but a bulging appendicitis that if not removed could have harmed Claire as well as her unborn baby. 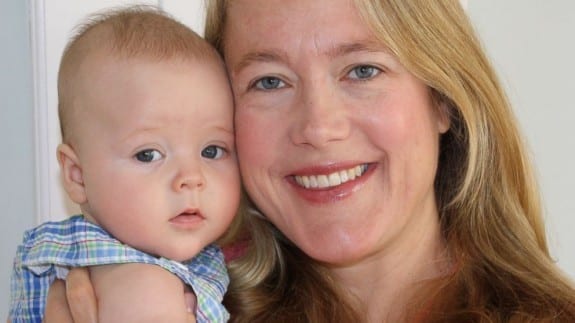 37 year old Claire was at home, seven months pregnant, when she had her first severe abdominal pain. She rushed to the hospital but doctors could not detect anything and so she was sent back home.

“I thought it was probably a stomach bug,” recalling the Thanksgiving weekend scare Claire said. “I really did not feel well at all.”

The next day though the pain came with shivers and she was taken to the hospital in an ambulance.

During the ultrasound check up that followed, Claire asked the radiologist to stop at the point where she felt the pain was coming from.

“It’s right here,” she said, referring to the upper right side of her abdomen. “Right here is whatever is causing the issue.”

It was her appendix, which is a small protrusion of the large intestine at the lower right end of the abdomen. But Claire’s had moved a lot.

According to Dr. Alexander Greenstein, a surgeon at Mount Sinai Hospital in New York City, usually, during pregnancy, a woman’s appendix can move up to 8 inches depending on her height and the duration of the pregnancy.

“The more pregnant they are, the more the appendix gets pushed up and out of the way,” said Greenstein, who operated on Hadden. “When they get bigger and bigger and bigger like Claire was, it’s harder and harder to find.”

The doctor used a tiny camera threaded laparoscopically and passed it through Claire’s belly button to locate the appendix and remove it.

He says if it had not been spotted earlier, the pouch could have ruptured spilling its content into the stomach and could have led to her losing the baby. Claire’s life was also saved before the appendix burst.

“I don’t think it sunk in until later,” Claire, a mother of three said.

Claire is just thankful that her appendicitis was detected in time and she was able to deliver a healthy baby boy in February.

It’s estimated that fewer than 0.15 percent of women have appendicitis during pregnancy.