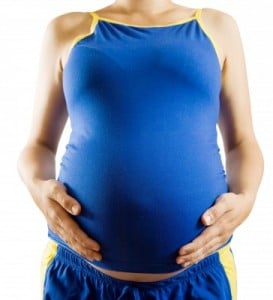 “Pregnant women were among the main target groups prioritized for vaccination against influenza A (H1N1)pdm09, and an estimated 2.4 million women were vaccinated ruing pregnancy in the United States alone. However, assessment of the fetal safety of H1Ni vaccination in pregnancy has been limited to a few pharmacovigilance reports and descriptive cohort studies.”

To determine if there were any risks of fetal growth restriction, preterm birth or major defects, researcher Bjorn Pasternak, M.D., Ph.D., of the Statens Serum Institut, Copenhagen, Denmark and his colleagues evaluated 53,432 infants that were born in Denmark between November 2008 and September of 2010. Of those infants, 6,989 (13.1%) were exposed to the vaccine while their mothers were pregnant.

After evaluating the data, researchers did not find any significantly increased risk of major birth defects, preterm delivery or fetal growth restriction when exposed to the H1N1 vaccination. When compared side by side, 5.5% of the infants exposed to the vaccination, and 4.5% of unexposed infants were diagnosed with a major birth defect. Infants born preterm included 9.4% exposed and 7.3% unexposed. Of those that delivered prematurely, 4.6% of the mothers were exposed during the second or third trimester and 4.6% of the mothers were not exposed.

“In conclusion, this nationwide cohort study in Denmark found no significant associations between exposure to an AS03-adjuvanated influenza A(H1N1)pdm09 vaccine in pregnancy and risk of adverse fetal outcomes including major birth defects, preterm birth, and growth restriction. Although the data provide robust evidence of safety with respect to outcomes associated with second- or third-trimester exposure, results from analyses of first-trimester exposure should be viewed as preliminary and need confirmation. Further research also needs to address risk of specific birth defects as well as effectiveness of H1N1 vaccination in pregnancy.”

“Taken together, these studies partially assuage concerns about safety of adjuvanted pandemic influenza vaccines during pregnancy. However, more studies are needed examining other types of vaccine adjuvants. In addition, observational studies of vaccines are limited by biases, including selection bias, as well as confounding by indication. Thus, future studies with improved statistical designs including prospective follow-up studies using virological end points with adjustments for selection, seasonality, and other biases are needed to confirm these data.”