Pregnant with her first child, the 28-year-old showed off her growing belly in a sports bra that she paired with Soulcycle leggings. 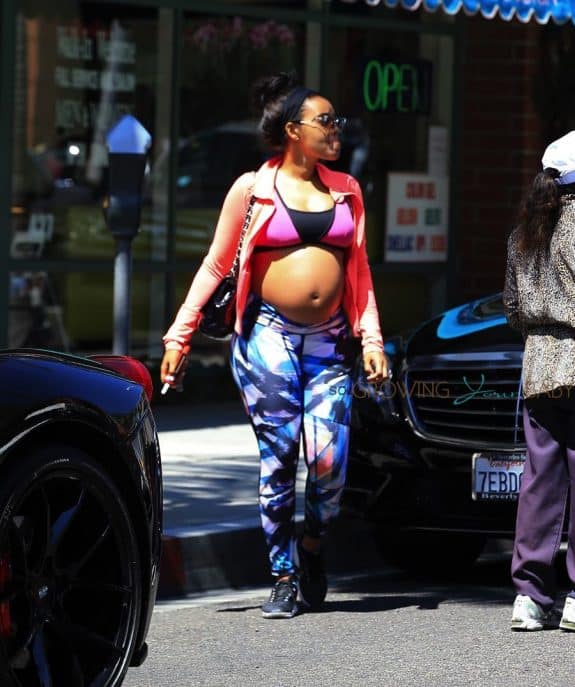 Earlier in the day Angela posted a photo of herself at the gym with a friend. 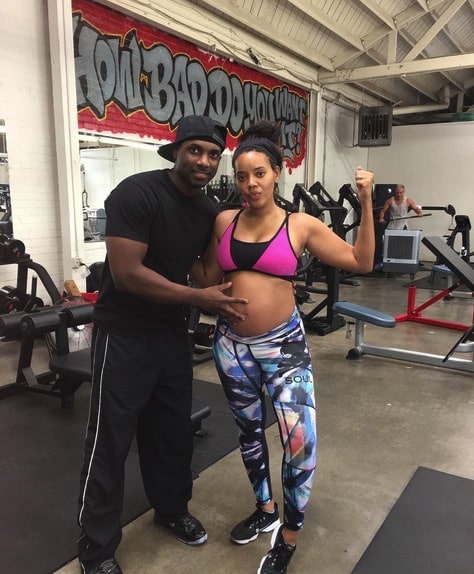 Focused on staying fit during her pregnancy, the mama-to-be has shared quite a few photos of herself doing yoga and training at the gym. 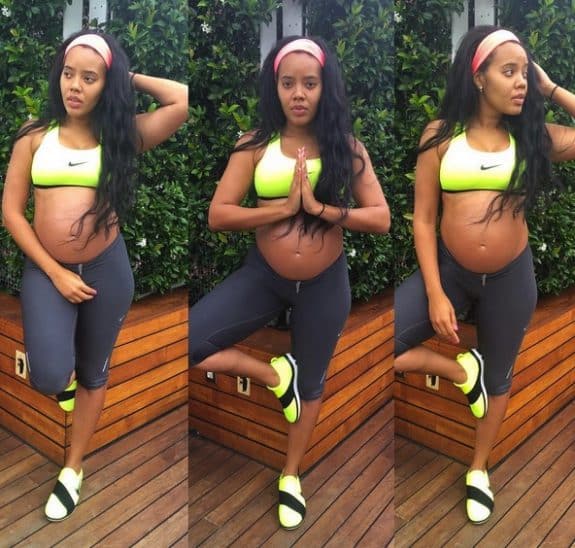 As she gets ready to be a mom, the reality star has wrapped the second season of Growing up hip hop and is moving out of LA.

In June Angela announced she was expecting a baby boy with her fiance Sutton Sean Tennyson.

The new baby is due at the end of October.