It has been a busy couple days for Blake Lively as she made the media rounds to promote her new movie Shallows in New York City.

Just like when she was in Cannes last month the actress has kept us on our toes with her stunning wardrobe choices. 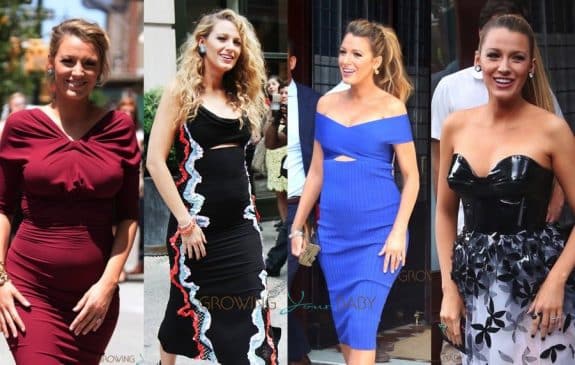 Later that evening the actress stepped out in a blue belly hugging dress ahead of her appearance on The Tonight Show Starring Jimmy Fallon. 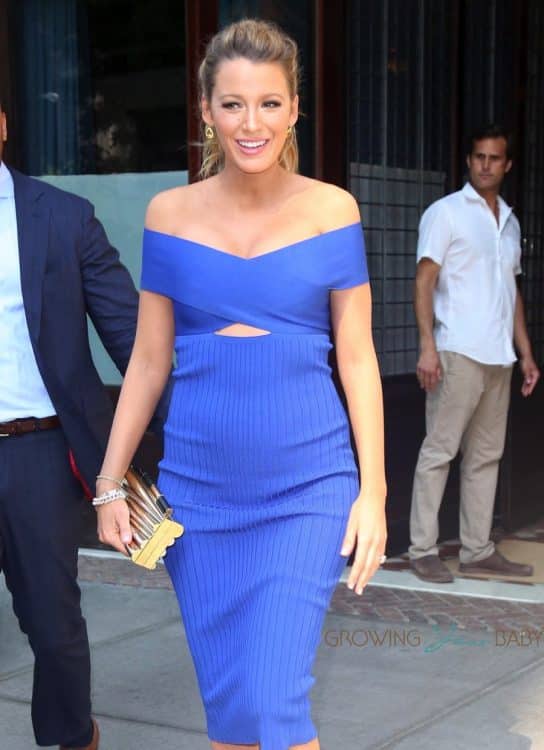 Blake started her day on Tuesday in a silver Michael Kors dress, which she paired with a simple grey hoodie. 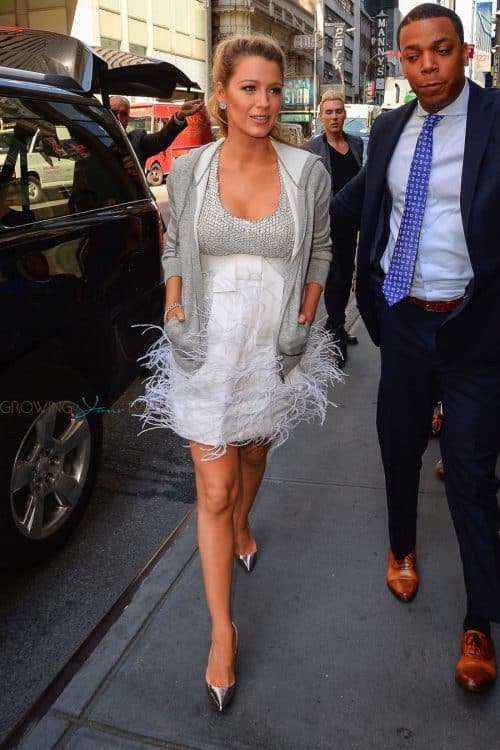 A short time later she headed to SiriusXM to chat with Sway In the Morning in a burgundy Oscar de la Renta dress that showed off her growing belly. 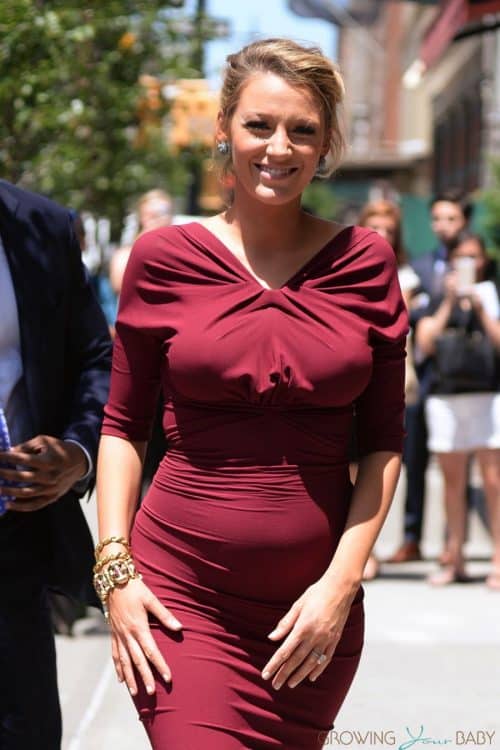 For the movie’s premiere Blake wore a Carolina Herrera dress with a patent leather bustier and flowing organza skirt that was adorned with flowers. 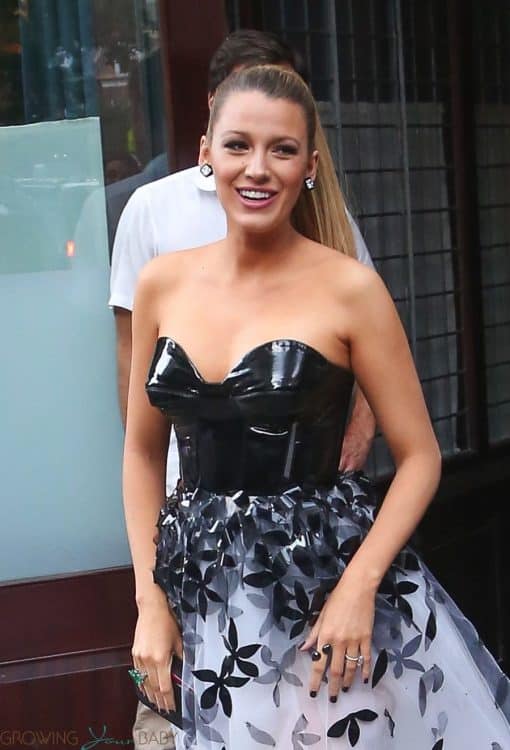 Despite being pregnant, her shoe of choice for this promotional tour has been Christian Louboutins heels.

Blake is often spotted out in Christian’s shoes, and even has a pair named after her. The actress and the famous designer are so close he was her date at the Cannes Film Festival this year!

On Wednesday, Blake wore a black dress with red, white and blue sequins down each side as she made her way to the Seth Meyers show. 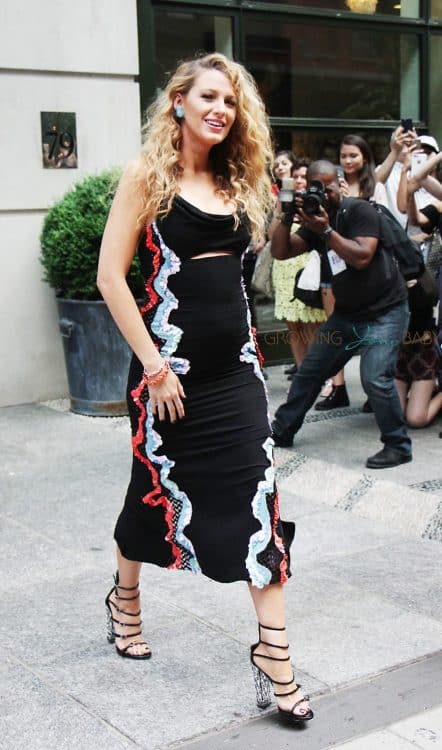 Later she showed her pins in a navy mini dress with stitched arms. 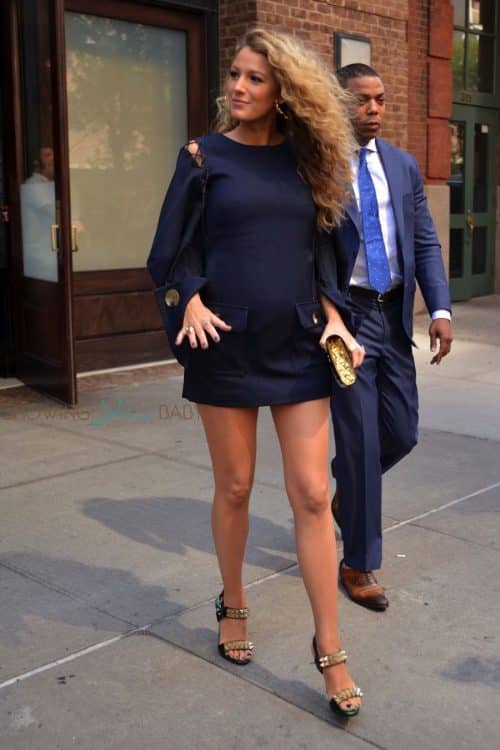