Chrissy Teigen was all smiles as she made her way to a waiting SUV to head to an appearance on ‘The Tonight Show With Jimmy Fallon’ on Tuesday January 30, 2017.

The mama-to-be showed off her growing bump in a red lace Haney slip dress and matching jacket. 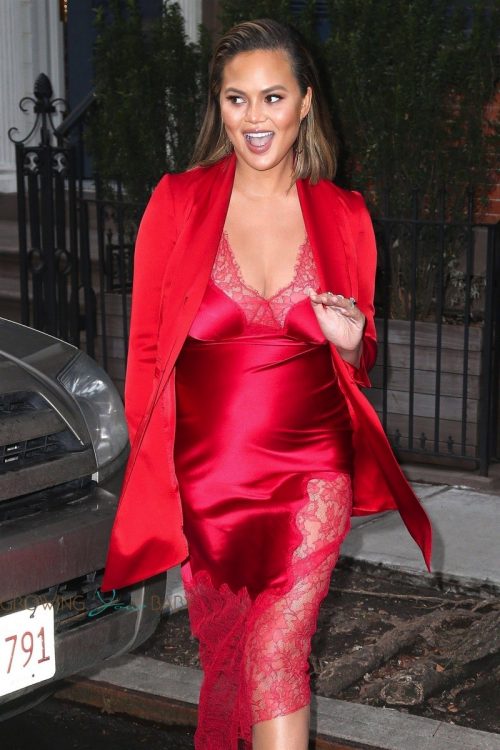 She continued the her red streak later while out for dinner Eleven Madison with husband John Legend in a Christian Siriano satin dress.

On the move and looking so chic! @chrissyteigen in Siriano satin. Love her! #chrissyteigen Styled by @monicarosestyle

The night before the couple enjoyed a stroll out with daughter Luna as they headed to the Lure Fishbar. 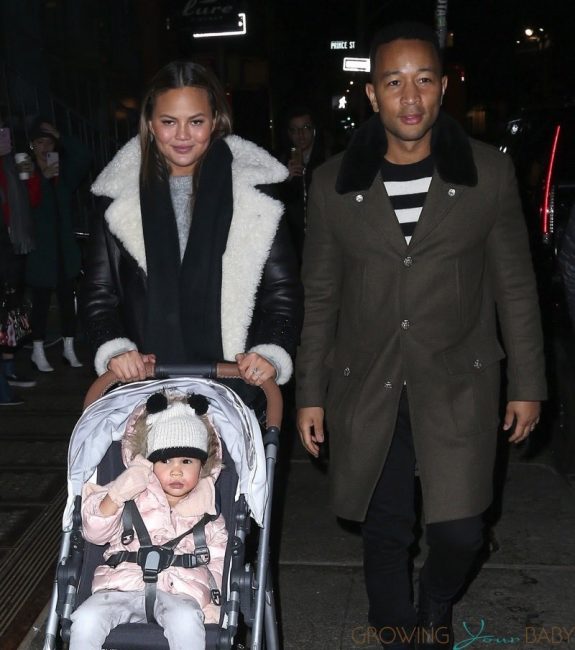 The low key outing came after a big grammy weekend that saw the pair hit the red carpet twice.

On Saturday night Chrissy was gorgeous in a gold Jonathan Simkhai gown as she attended the Clive Davis and Recording Academy Pre-Grammy Gala with John. 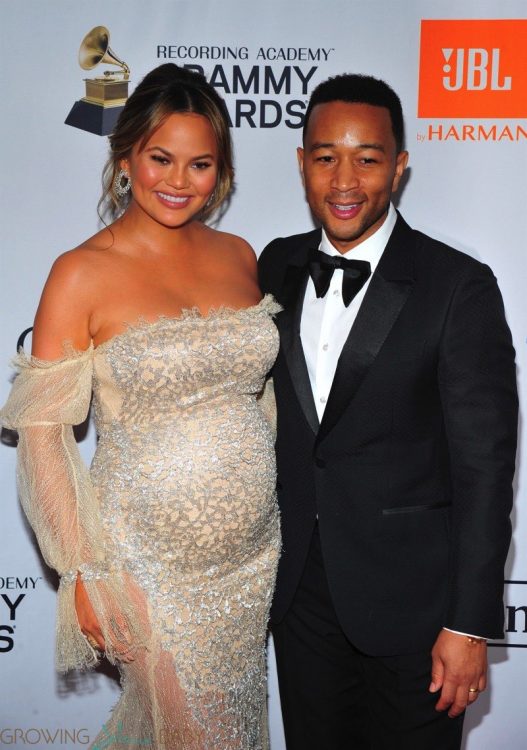 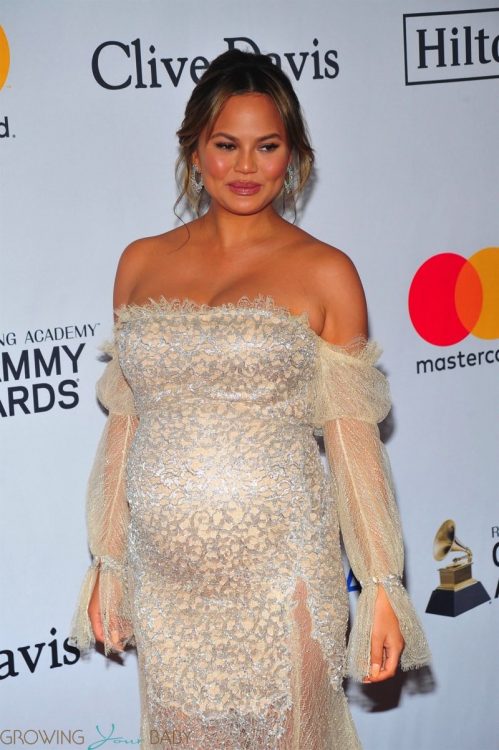 Sunday night she switched gears and wore a silver gown for the Grammys. 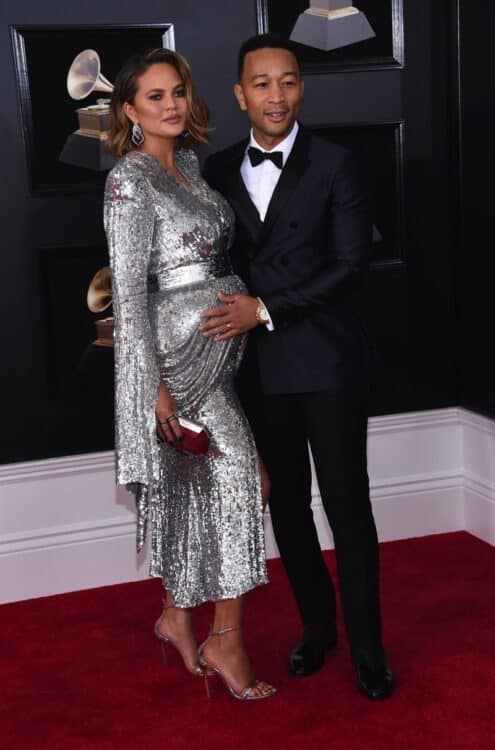 Despite being tight lipped about the baby’s sex, Chrissy spilled to her followers that she’s having a boy!

mama and her baby boy

Congratulations to the couple. Their little guy will even the team!