Mom-to-be Claire Danes snacked for two in between scenes on the set of ‘Homeland’ in North Carolina. 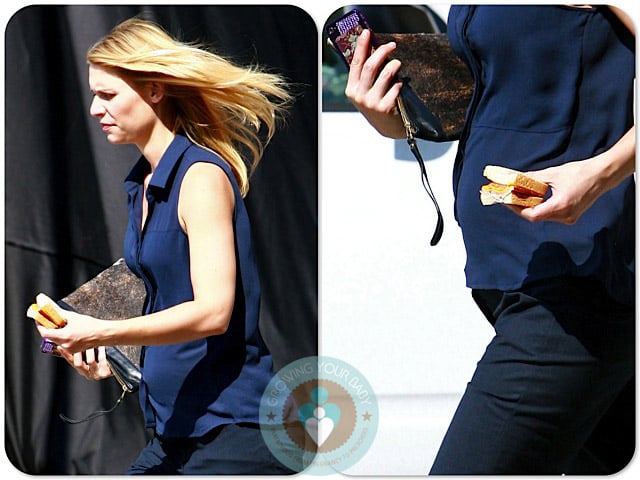 The actress, who recently revealed she is expecting her first child, received an Emmy Award nomination for Lead Best Actress on the hit show. When the Homeland returns to the small screen in September Claire’s pregnancy will not be written into the show, executive producer Howard Gordon said at San Diego’s Comic-Con this past weekend.

As they get ready for their new baby to arrive, Claire and her husband Hugh Dancy have been looking for a place in New York City. A friend of Hugh’s told UsMagazine.com:

“They are definitely going to keep looking for new apartments in the city where they can raise a kid. They are New Yorkers and plan on being New York parents.”

With production due to wrap on Homeland very soon, Claire will hopefully have some time to prepare before the baby arrives.