A very pregnant Gretchen Mol showed off her growing belly earlier this week, when she walked the red carpet at the premiere of new film True Grit in New York City. 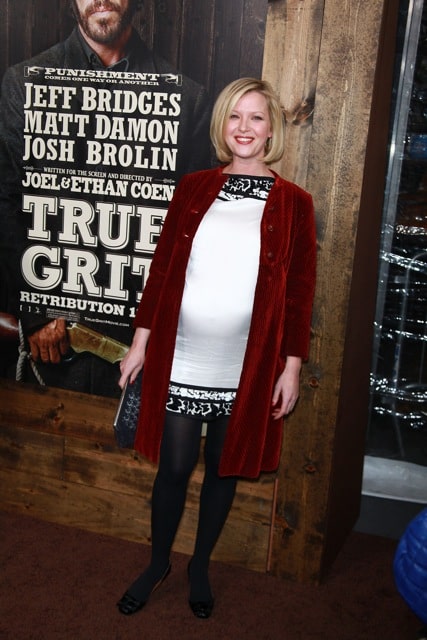 The actress was most recently seen starring on HBO’s hottest new series, Boardwalk Empire, which is currently on hiatus until the new year.

Earlier this week, Miramax announced plans to make a sequel to her 1998 film, Rounders, but there is no word yet on whether or not her character will return.

The new baby, which will be the second child for the actress and husband Kip Williams, is due to arrive February 2011.