She’s almost there! Actress Haylie Duff was photographed out in Los Angeles running errands with her fiance Matt Rosenberg(not pictured) on Wednesday. 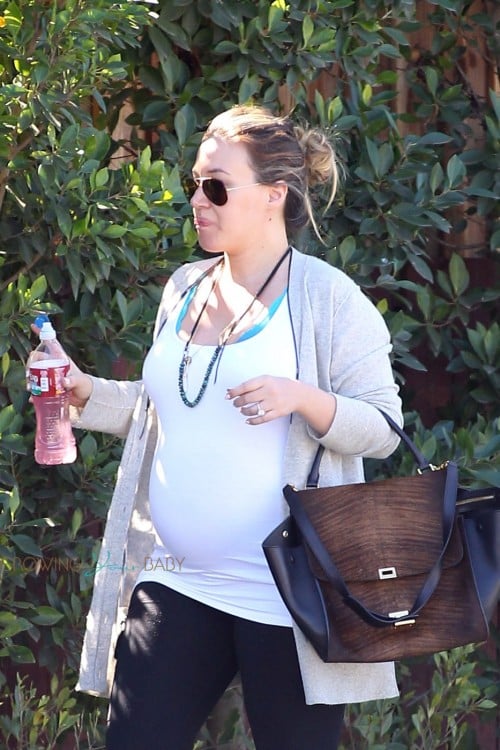 While dressed in a pair of yoga pants and a belly hugging tank, Haylie sipped on a pink beverage from an Arrowhead water bottle.

With the baby’s arrival just around the corner Haylie is starting to get everything in order. The mama-to-be tweeted yesterday,

“Starting to organize all our baby things! So grateful to everyone that has sent us gifts and passed down baby knowledge! ” 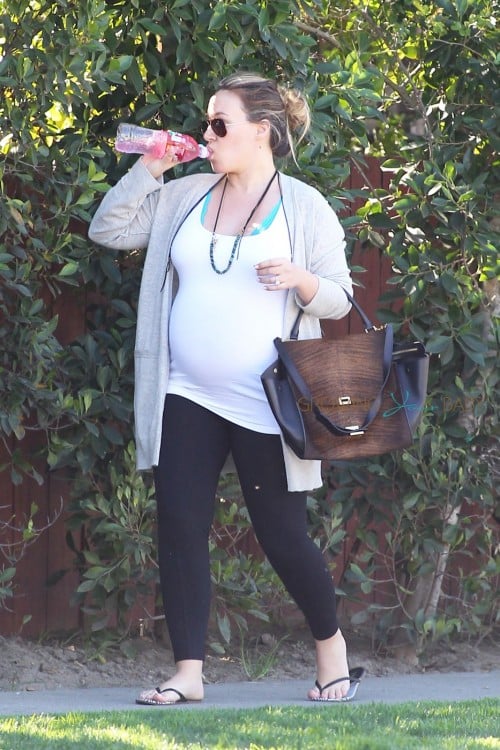 And there is a lot to do!  She is currently filming the second season of her Cooking Channel TV show called The Real Girl’s Kitchen, and she is scheduled to take part in the in the South Beach Food and Wine Festival next week!