A very pregnant Heidi Montag and her husband Spencer Pratt(not pictured) were spotted bringing their son Gunner to a Santa Monica Pumpkin Patch for some family fun on Saturday, October 15th, 2022. 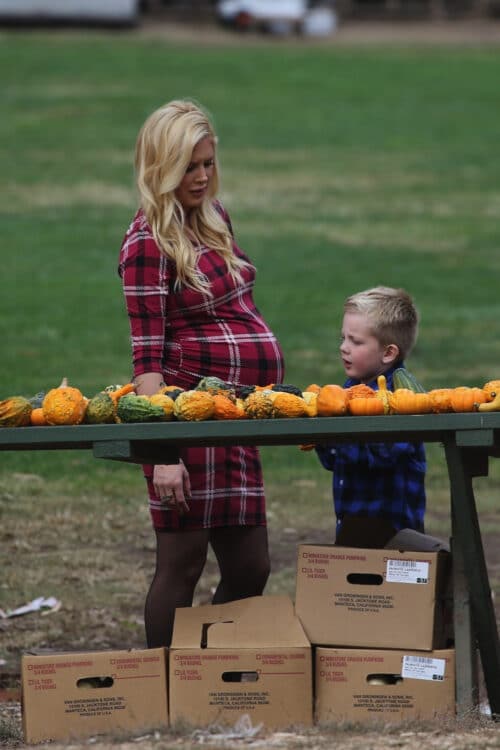 The reality star’s growing belly could be seen under her plaid dress as the pair picked gourds from a table full of options. 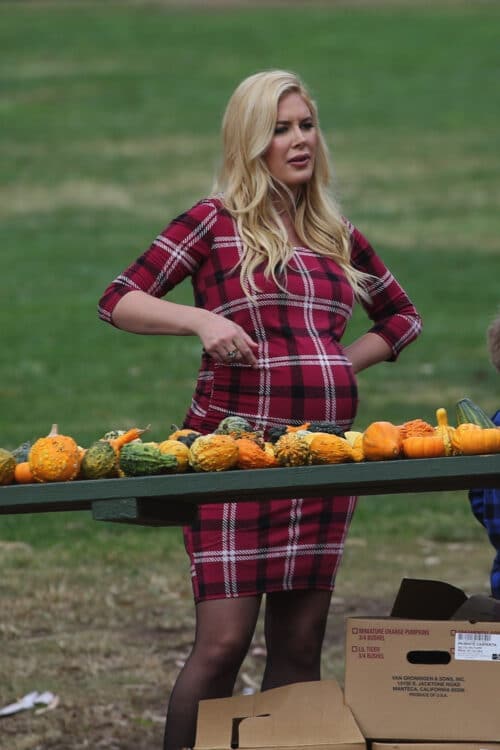 The outing comes just a couple of days after the pair celebrated their baby moon in Montecito.

The new baby, a boy, isn’t due until October but the couple believes he will make an early arrival like his brother in 2017.

“Gunner was three weeks early, so I’m anticipating that to be the norm. I’ve asked my doctor, like, ‘Is that a reoccurring situation?’ Basically, she said, ‘Yes,’ ” Heidi told People Magazine. “So if your body naturally kicks out babies early, you’ll tend to do that.”