The mama-to-be’s growing belly could be seen under her floral dress as she made her way to her car. 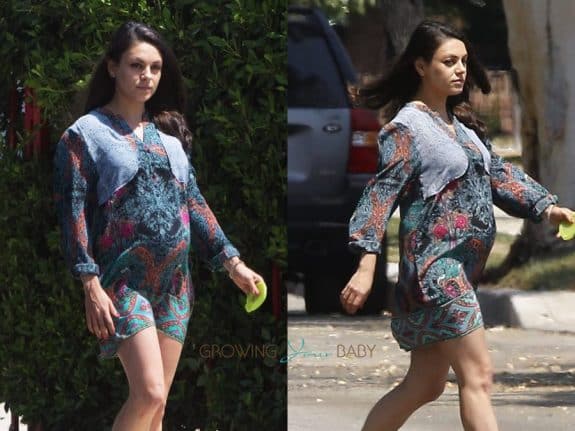 Pregnant with her second child, Mila told Ryan Seacrest that she’s feeling “great” this time around, and that she’s already thinking about baby No. 3!

Until then what is the one thing she is looking forward to with the new arrival?

“There was never any doubt in our minds; we knew we wanted to have another kid,” Mila told the New Zealand Herald. “Wyatt never came across as an only child. Sometimes you look at kids and think, “Oh, clearly they’re meant to be an only child.” But Wyatt loves to play with other kids. So for me, the most exciting thing will be seeing how she interacts with her baby sibling.” 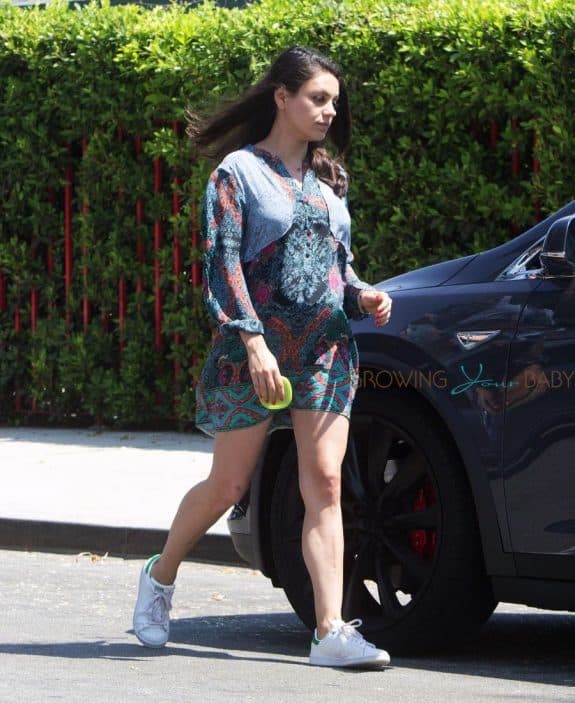 It won’t be long now before Wyatt gets to meet her brother or sister. Mila is due this Fall.