Natalie Portman was spotted out for lunch in Los Feliz, California on Thursday December 15, 2016. 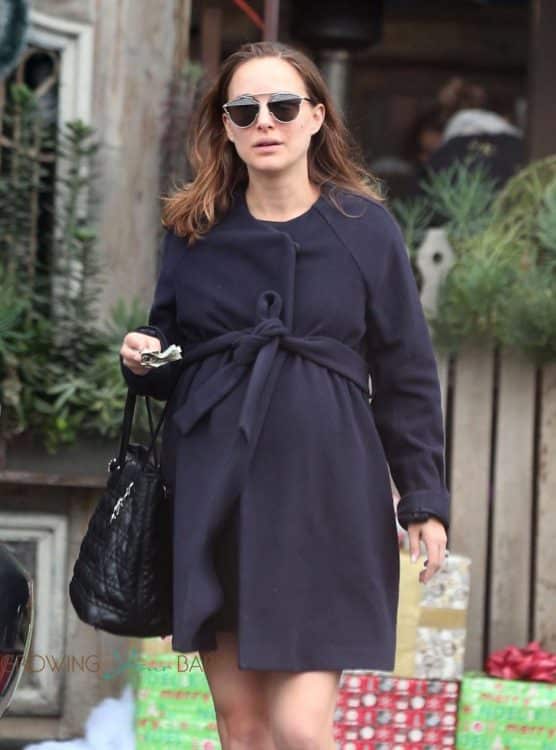 Pregnant with her second child, Natalie’s growing bump could be seen under her belted jacket. 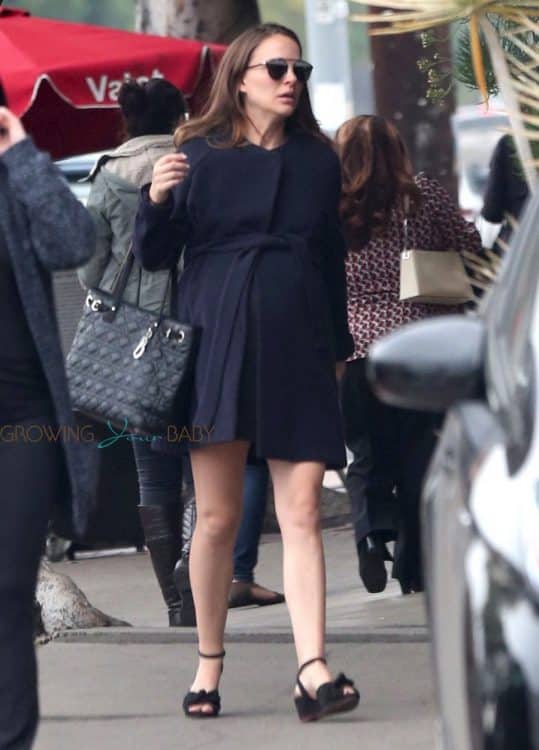 Just a couple hours later, the actress hit the red carpet for the 21st Annual Huading Global Film Awards at the Ace Hotel. 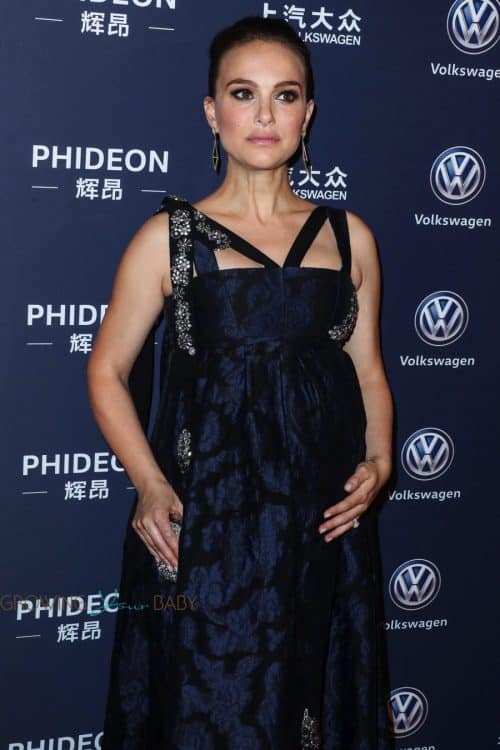 It has been a good year for the actress.  She has been nominated for Best Performance by an Actress in a Motion Picture – Drama at the Golden Globes for her role as Jackie Kennedy in Jackie, and is expected to receive the same nod for the Academy Awards as well.

Currently 7 months along, she told Jimmy Fallon that a store clerk had recently congratulated her on the impending due date.

“I went to this store the other day to buy water and the guy at the checkout counter was like, ‘Almost, huh?’ ” she said. “And I was like, ‘No, not even close.’ “