She’s almost there!  Nicky Hilton was spotted out and about in SoHo running errands on Friday June 24, 2016. 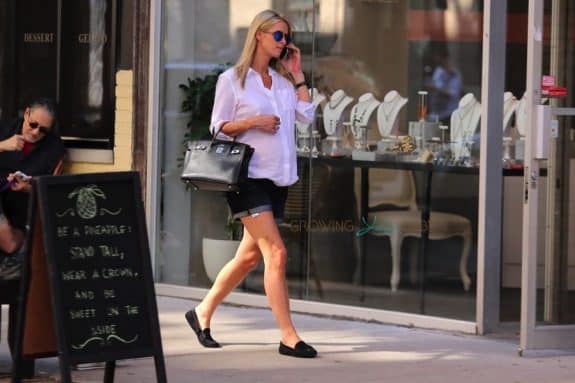 The mama-to-be was casual in a white blouse, jean shorts and flats as she chatted on her phone. 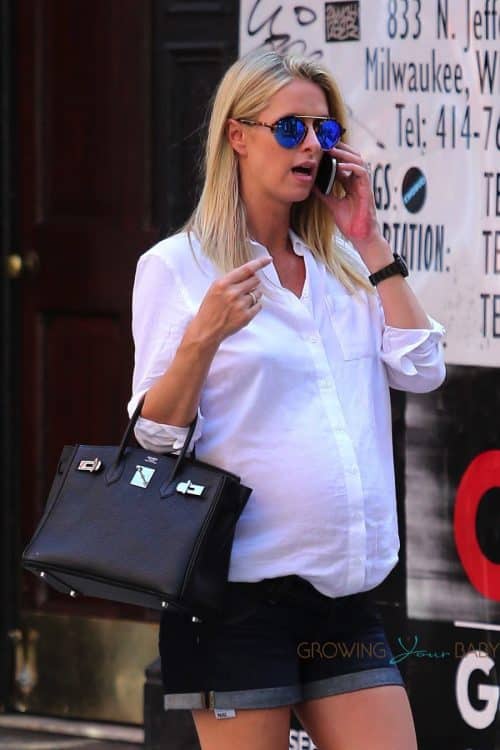 Nicky has been busy getting ready for her baby’s girl arrival.  Last week she shared a photo on Instagram of herself in her baby’s nursery along with the caption, “Preparing for the little one’s arrival.” 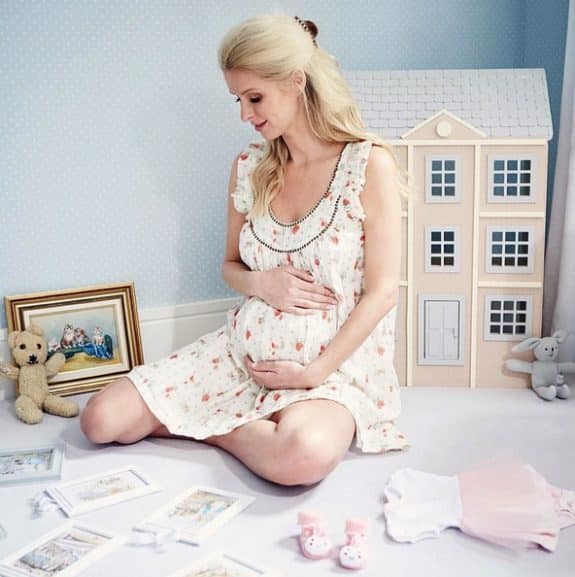 While at the Annual FIT Awards Gala at the Plaza Hotel Nicky told People.com she was feeling great. She also revealed that she was decorating the nursery.

The socialite is expecting a baby girl, but the nursery won’t be pink. “I like it classic and simple and pretty,” she told the magazine. “It’s a unisex look.”