Peta Murgatroyd showed off her growing baby belly in a little black dress while running errands on Thursday afternoon in West Hollywood. 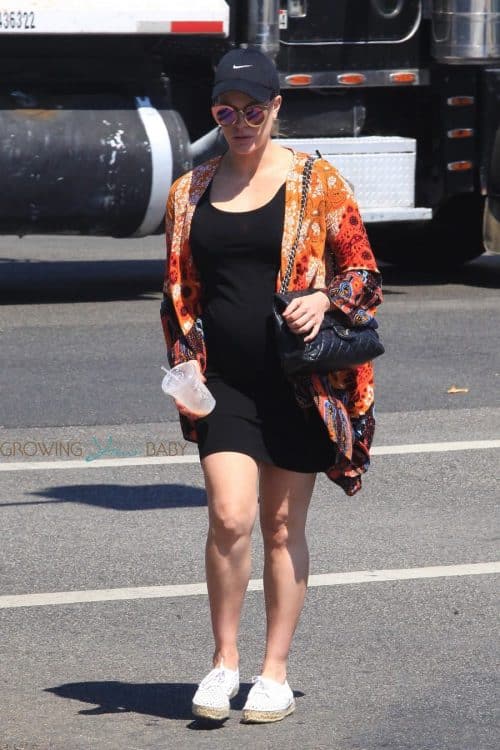 The Dancing With The Stars champ was make up free as she smiled for the cameras in her belly hugging dress and silk robe while drinking an iced drink. 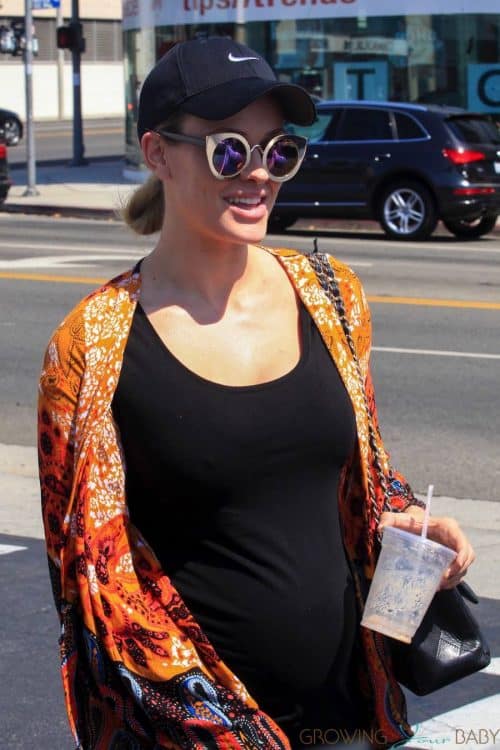 Peta expects her first child, a boy, with partner Maksim Chmerkovskiy this Fall.

Earlier this week Maks revealed becoming parents is a completely new challenge for the Dancing with the Stars pros.

“Right now we’re figuring out what is going on,” The 36, pro dancer told reporters backstage after Monday’s episode of DWTS. 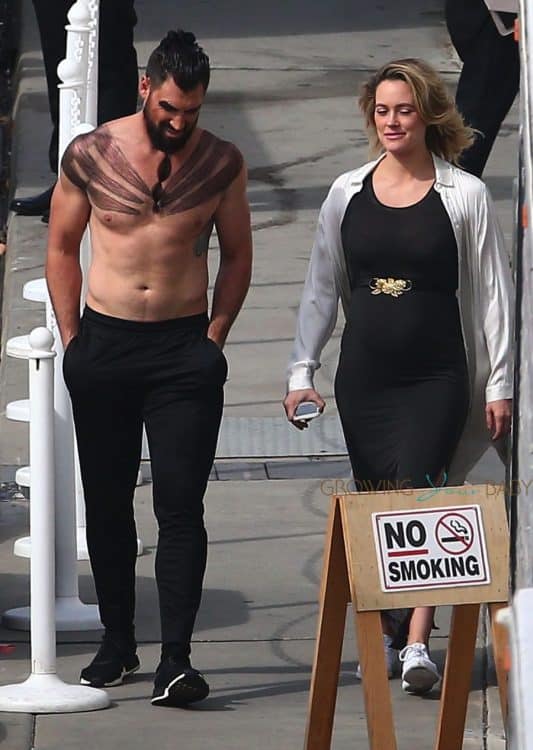 “For the longest time, [Peta] was, like, ‘The body parts are getting bigger!’ Or she would have morning sickness — we got lucky and she never really threw up, but she felt yucky — and she would say, ‘What’s wrong with me?’ ”

Trying his best to calm his fiancée’s nerves, he would tell her.

“‘We know exactly what it is. You’re pregnant and congratulations.’ ”