Rosie Huntington-Whiteley and Jason Statham were spotted leaving their hotel on the way to the New York City premiere for ‘The Fate of the Furious’ on Saturday April 8th, 2017. 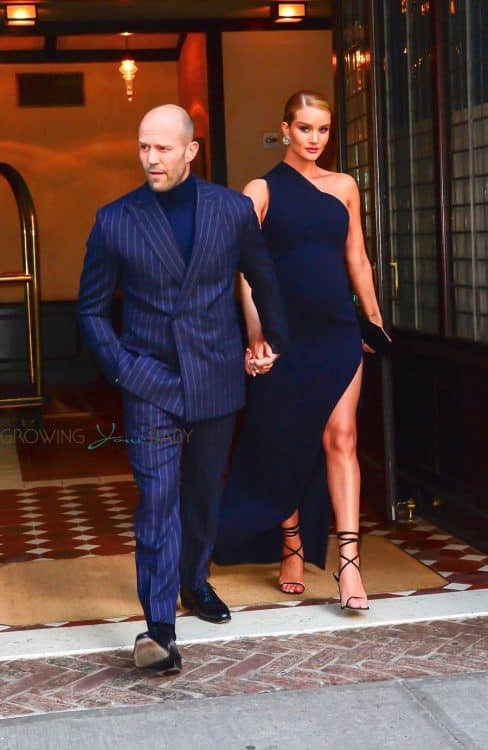 A short time later they smiled for the cameras on the red carpet at Radio City Music Hall. 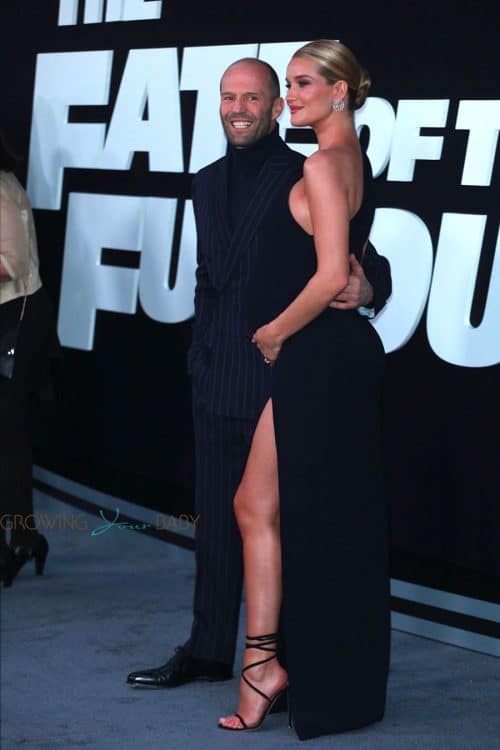 Pregnant with their first child, the model showed off her growing belly in a navy asymmetrical gown and toned legs with a high slit up the thigh. 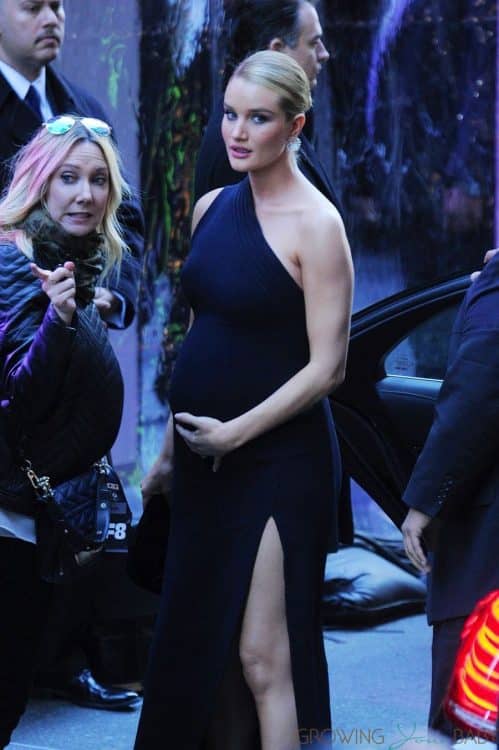 Rosie and Jason expect their first child this Spring.  The pair, who are engaged, have been mum about the pregnancy, quietly confirmed they were having a baby on Instagram in February with a sweet picture and note that said,

“Very happy to share that Jason and I are expecting!! Lots of love Rosie x” 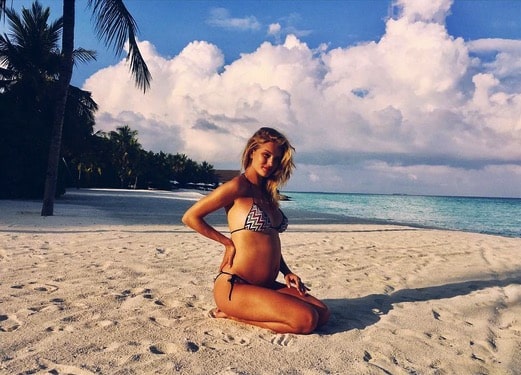