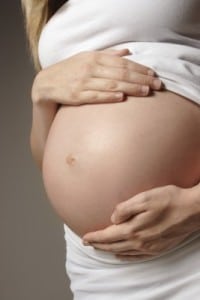 While millions of women around the world feel the frustrations of not being able to conceive, Gemma Potter, a 23-year-old mother of three, can’t seem to stop getting pregnant. She has conceived a total of six times over the last five years. Two of her pregnancies resulted in miscarriage, three in live births. She is now pregnant with her fourth child.

One month after Jessica’s birth, Gemma’s doctors fitted her for a coil, telling her it was the most effective type of birth control available. Six months after having the coil inserted, Gemma was pregnant again. This pregnancy resulted in a miscarriage.

Next, doctors tried Gemma on hormone injections. Every 12 weeks, she went in for a new injection. Her third child, 2-year-old Sophie, was conceived while she was taking the shot.  After Sophie’s birth, Gemma was fitted for an implant, which is said to be 99 percent effective. Again, she became pregnant. This pregnancy also resulted in a miscarriage when she was around 11 weeks pregnant.

After the miscarriage, Gemma went back to the pill. She is now pregnant again, despite the fact that she and her husband have only had intercourse three times since September. They refrained from sex because they were worried about getting pregnant again. Gemma is concerned about how her pregnancies are affecting her life and the life of her husband, particularly that of their intimate life.

It is a shame really, and that is why I am so desperate to try anything to help. I know it is hard on Glenn,” Gemma said. “It has affected our sex life. I find it really hard to be intimate because I just keep thinking, ‘what if I get pregnant?’”

Being pregnant, however, doesn’t seem to stop Gemma from worrying. “You would think that being pregnant already would make it easier to have sex, but I still feel worried,” she stated.

Constant pregnancies have also made it difficult for Gemma to lose weight and she shares that she feels like she is missing out on fun with her friends and a career of her own.

“I don’t think either of us knew that over the next few years I would be almost constantly pregnant…I battle my weight and it can be a real struggle,” she said. “I can’t go out with my friends or have a drink because I am constantly pregnant. I have also completely missed out on having a job or any kind of career on my own…I love my children, but I don’t want anymore. Unfortunately, termination just isn’t an option for us as it is not something I agree with.”

Gemma also expressed her sadness for other families that can’t seem to conceive, and says that if she doesn’t find a solution to her pregnancy issues, she may become a surrogate to help other couples that can’t have children on their own.

“Thinking of other people that can’t have children makes me feel awful. Some people can try for years and years and it’s just not meant to be whereas I can’t stop getting pregnant,” she stated. “If I keep having children and it gets to the stage that I can’t afford them anymore, I would consider surrogacy.”