Tori Spelling was photographed arriving At the Elizabeth Glaser Pediatric AIDS Foundation’s 27th Annual A Time For Heroes bash on Sunday October 23, 2016 with her kids.

Pregnant with her 5th child, Tori showed off her growing belly in a beige suede-like dress while posing with her kids Liam, Stella, Hattie, and Finn. 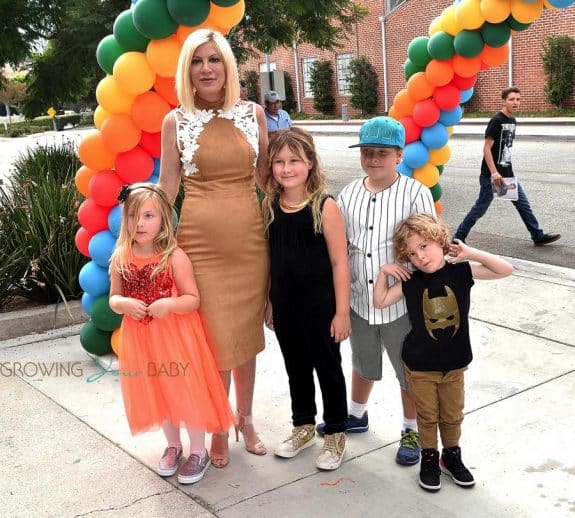 A celebrity hero for the charity, the actress was joined at the event by Mario Lopez and his family, Zach Braff, Donald Faison, and his daughter Wilder – as well as Tia Mowry and her son Cree. 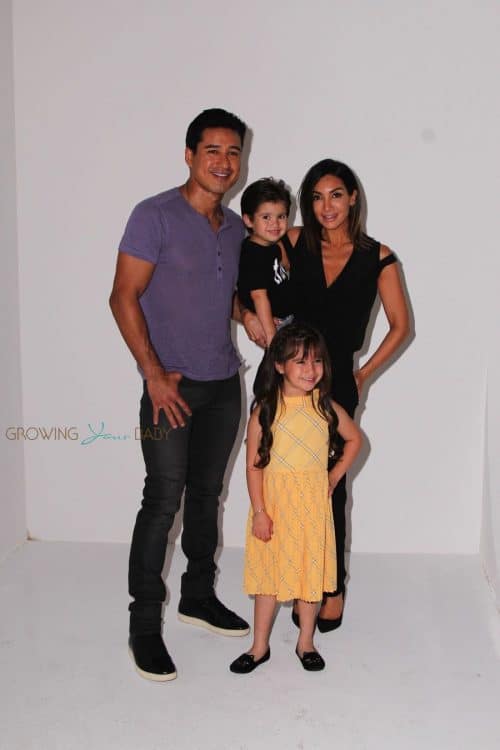 The Elizabeth Glaser Pediatric AIDS Foundation has been fighting to end AIDS in children for 28 years. During that time there has been a 95 percent decline new pediatric HIV infections in the U.S., and a 70 percent decline in the number of new infections in children worldwide since the year 2000. All funds raised from their annual event supports EGPAF’s lifesaving work.