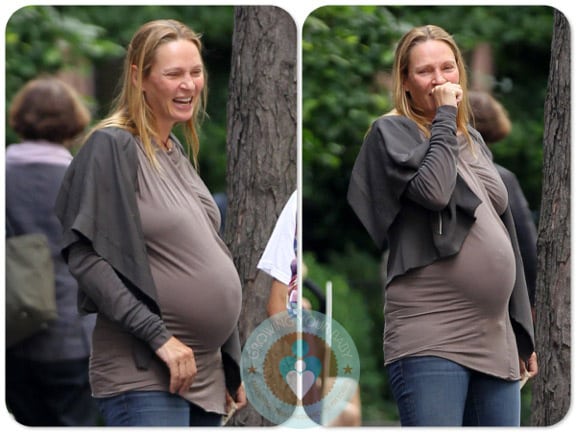 It appears that the actress may have just thrown on her jacket and ran out quickly because the shirt she has on is positioning her boobs under her arms. 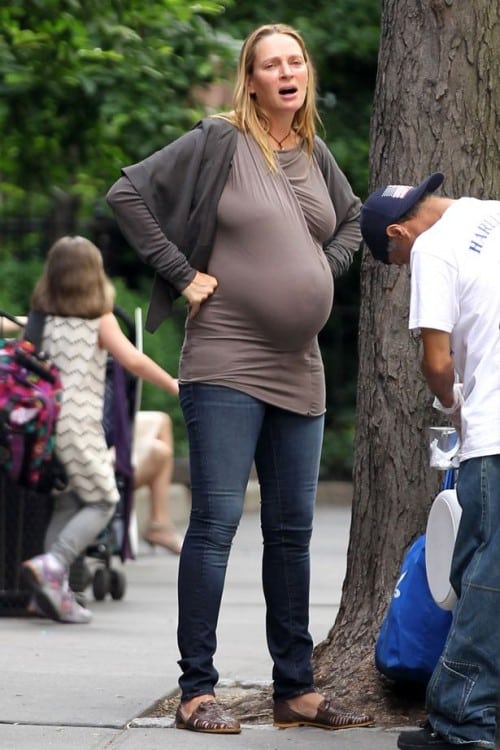 The Daily Mirror quoted a passerby as saying,

“She was wearing no make-up and was extremely casually dressed – a world away from most Hollywood leading ladies.

“The only reason people paid her any attention was because she is so heavily pregnant – otherwise she would have gone unnoticed.”

Not slowing down she is reportedly filming the Ferrelly brothers comedy, Movie 43(Red Band), in the big apple.  Maybe her outfit is part of her character?