Good nutrition during pregnancy is a very big deal and women understand the importance of giving their unborn baby a healthy start by taking folic acid and vitamin D supplements. Less emphasis has been placed on iodine, but it too is essential, boosting brain development in the womb. An iodine deficiency can cause learning disabilities in a child. 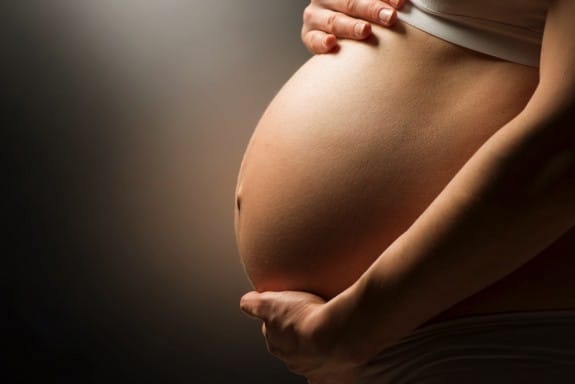 Iodine is a mineral necessary for the production of thyroid hormones – a key to a healthy metabolism, growth and development. It’s especially important during pre-conception and for the first 16 weeks of a pregnancy to ensure healthy brain development and proper skeletal growth. Severe iodine deficiency can lead to a serious disability known as cretinism. During those first weeks of pregnancy, the fetus depends on the mother for their supply of thyroid hormone. Studies in the UK have shown a substantial iodine deficiency in pregnant women during their first trimester. That same study also showed that two-thirds of 15 year old girls were iodine deficient. The obvious concern is that many of these girls will continue to be iodine deficient as they mature and become mothers. Specialists in hormone disorders are cautioning that these deficiencies will put babies at serious risk for brain abnormalities and low IQ.

A landmark study on the issue published in 2013 revealed that pregnant mothers with the deficiency were far more likely to have children with learning disabilities and the problem was common – found in a whopping 62% of the women surveyed. By the time their children were 8 years old the profound effects were clear, with those children more likely to have IQ scores in the bottom 25% of the population. And impairment increased proportionately to the drop in the mother’s iodine level.

Excessive iodine intake can cause thyroid problems so eating foods with concentrated iodine – like kelp or brown seaweed – is not recommended. But our bodies cannot produce iodine so it needs to be sourced from a nutritional diet. Good choices include milk and dairy products, as well as white fish. Many consider organic milk healthier than non-organic, but it contains very little iodine because the cows that produce it feed on grass that is iodine-poor. Some countries – but not the UK – add iodine to salt as a simple way to raise iodine levels.

In countries like the UK with a history of iodine deficiency, sourcing the mineral through diet may not be good enough and a supplement is recommended: 250 units daily during pregnancy and breastfeeding, otherwise 120 per day as a regular supplement.