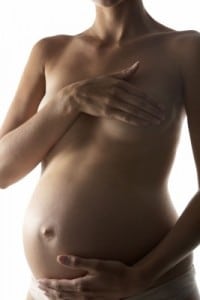 A recent study conducted by Dr. Anick Berard at the Université de Montréal found that many pregnant women are still taking drugs that have been long known to cause birth defects. According to Berard, medications, including those used to treat severe acne, antibiotics, anxiety and psychiatric drugs, and many drugs prescribed for medical conditions and heart disease, “can and should be avoided.”

Further, Dr. Berard suggests that “women should understand the side effects of any drug they are taking — especially drugs treating a chronic condition — and plan pregnancies to avoid or minimize risks such drugs pose to babies.”

The report on this study, published in BJOG: An International Journal of Obstetrics and Gynecology relays the statistic that out of 109,344 pregnant women being evaluated, 6.3% (6,871 women) filled a prescription for at least one medication known to be hazardous to their fetus. Researchers noted that, “These pregnancies were associated with an elevated number of (pregnancy terminations) and babies born with major (birth defects) in comparison with the expected numbers in the population.”

The bottom line is, pregnant women, or women planning to become pregnant should do an inventory of their medications to be aware of any harm the drugs they are taking may inflict on their unborn child.

As an added note, beyond prescription medications, pregnant women should also check with their doctor with regard to any and all supplements, vitamins, herbs and over the counter medicines they take, to ascertain that nothing they are ingesting will interfere with the healthy development of their baby.