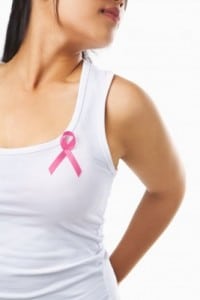 For an expectant mom, few things could be worse than finding out that you have breast cancer. But a new study provides hope to these women through the findings that women who fight breast cancer while they are pregnant have a better recovery rate than those women of the same age with a carcinogenic lump in their breast but are not pregnant.

If breast cancer is detected in a woman during her pregnancy, the worries increase ten folds. There is the dilemma that the treatment could affect the developing baby while if treatment is delayed it can aggravate the tumor along with the pregnancy hormones. The current study which is yet to be published however showed that the chances of survival are better for pregnant cancer patients than others.

The study followed 225 women treated at M.D. Anderson Cancer Center in Houston between 1989 and 2009 out of which Seventy-five were diagnosed with breast cancer during pregnancy. The group’s survival was compared to 150 non-pregnant breast cancer patients who closely matched the pregnant group in age, date of diagnosis and the level of their cancer’s advancement.

It was found that in the period of five years almost 75% of women who had been pregnant, were still alive compared to 55.75% mark for those women who had not been expecting a child during the treatment.  For long-term survival too the pregnant women fared better although, the results were not that clear.

Although the study is preliminary, it gives a huge relief for women who discover they have breast cancer during pregnancy and are most often asked to terminate their pregnancy. Also the study assures that treatment for cancer can start even if the fetus is developing inside the womb. One of the authors of the research Dr. Richard L. Theriault had infact revealed way back in 1999 that chemotherapy and other cancer treatments could be safely given to expectant mothers after the first trimester was over and resumed after the birth of the child.

Dr. Jennifer Litton will be presenting the study results at the 2010 Breast Cancer Symposium at the American Society of Clinical Oncology’s Washington, D.C. She said that the researchers had started the study in hope to provide equal chance of survival for pregnant women, but were themselves surprised to know that they actually fared better than other breast cancer patients.

She added, “This news is of increasing importance, since more women are choosing to start or complete families later in life, thus boosting the likelihood that breast cancer and pregnancy will coincide. The finding has already led to research on how pregnancy may influence the growth of breast tumors, and whether pregnancy may somehow enhance the sensitivity of cancerous tissue to chemotherapy.”