When a baby named Chokonjetsa was born, he weighed just over two pounds. Born prematurely, his tiny and frail lungs struggled with each breath he took. The situation seemed bleak, especially in Malawi, South Africa, where they have the highest rate of preterm births in the world. Often these babies, like Chokonjetsa have underdeveloped lungs that do not inflate easily, making it tough for them to breathe.

But doctors in Blantyre, Malawi took a different approach with little Chokonjetsa and put him on a breathing machine made out of aquarium pumps. This incredible technology has saved the lives of dozens of newborns just like Chokonjetsa, increasing the overall survival rate of babies with respiratory distress from 44% to 71%. The ingenious breathing machine, called the Pumani breathing system was developed by a senior class at Rice University in Houston. 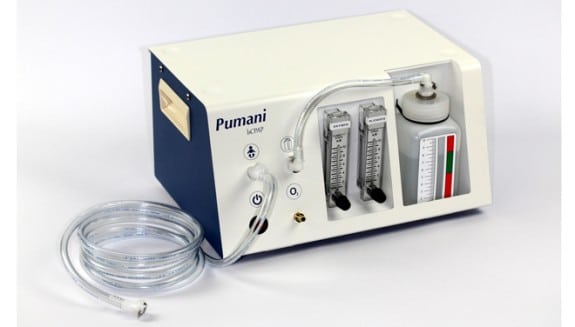 The students designed a low-cost version of a breathing machine called a Bubble CPAP, also known as Continuous Positive Airway Pressure machine. Traditional CPAP machines can cost upwards of $6,000, whereas these new CPAP machines created using aquarium pumps cost only about $350, saving the hospitals a good amount of money, allowing them to purchase more of them to help save more premature babies. 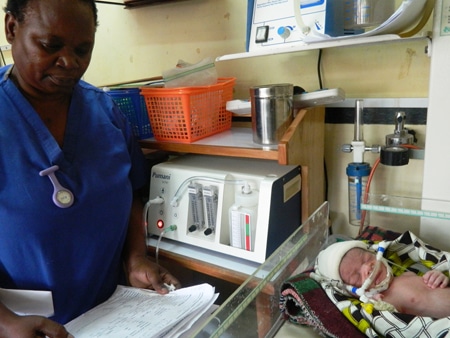 The reason that premature infants struggle to breathe so much is partially because their bodies are not producing enough lung surfactant, which is a naturally occurring chemical in the body that keeps the tiny air sacs in the lungs, also called alveoli, from collapsing. A lot of these infants do not survive because of the stress that their bodies are going through, struggling to breathe.

Before the new CPAP machines, premature babies who were born in Malawi were typically given oxygen gently through a tube in their nose. But that did not provide the air pressure necessary to help to inflate the child’s lungs. Up until the 1970’s, this was also the way respiratory distress in infant’s was treated in developed countries, like the United States. However, with a CPAP machine, low-pressure, high-flow oxygen is pushed through tubes into the nostrils or mouth of the child to help them breathe.

Dr. Rebecca Richards-Kortum of Rice University helped to facilitate the design of the student’s bubble CPAP machine. She says “When lungs are underdeveloped, it’s like when you’re blowing up a completely deflated balloon and that first breath to inflate the balloon is really difficult, for a baby with underdeveloped lungs, every breath is like that.”

Those in the medical community know that it only takes a very little bit of air pressure to assist infant’s to breathe. The students found that the two aquarium pumps provided just the perfect amount of gentle air pressure for the infants’ tiny little lungs.

The bubble CPAP machines have been implemented in a total of 9 government hospitals thus far. Former student Jocelyn Brown, who helped to design the device has been living in Malawi for the past two years and is working with aid organizations using a transitions grant from USAID, hoping that she can help roll out the device across the country.