Home » Premature Baby, Believed To Be Stillborn, Cries On Way To Cemetery

New parents in Turkey were left shocked after their son, who was believed to be stillborn, began crying on his way to the cemetery. 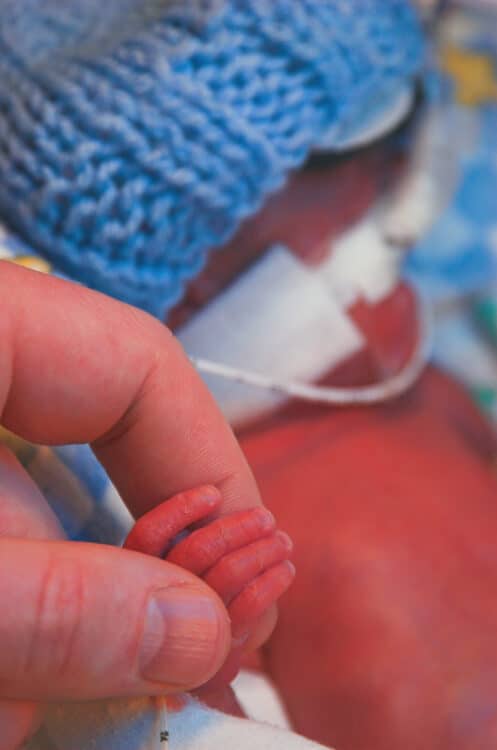 Just 5 months pregnant, Melek Sert, 32, was experiencing severe pain and bleeding when she was admitted to the hospital on December 27.

She was treated and discharged on December 30.

She said: “My bleeding was stopped at the hospital and I was discharged. I came home. But the day after, we went to the hospital again on New Year’s Eve with the same complaint. They kept me under surveillance because there was a risk of miscarriage. Then miscarriage occurred.”

She asked her husband Hasan Sert, 34 to check with the nurse whether their baby had survived but was told the baby had died.

The couple was given a death certificate and a small funeral bag by the Seyhan State Hospital.

Hasan then took the baby to a nearby cemetery to bury him.  As he drove he began to hear the baby cry. He then unzipped the bag, wrapped the baby in his jacket, and called emergency services immediately.

Paramedics transferred the newborn to Adana City Training and Research Hospital where he was admitted to the intensive care unit.

Malek and Hasan have met with prosecutors to determine whether there had been negligence on the part of the hospital.

She was, however, happy to finally see her baby’s face.

“His hands are fidgety, his feet are moving. His heart is beating. I saw him, at least I felt relieved. Thank God, I saw that he was fine, but the doctor said, ‘his condition is critical.’

“He said that his blood pressure had dropped. He didn’t say anything else. He didn’t give much information about his condition we wait.”

She continued to say that she was happy and praised God.

Adding, “We do not despair of God, we pray. I saw the back of the baby’s face and the back of his head during the last birth.  I am happy, his hands and feet were fidgeting. I am very happy, I saw my child alive. What else can I ask of God? I hope he gets better and regains his health.”