November is Prematurity Awareness Month. In honor of this, some parents who have had babies prematurely have offered to tell their stories to create awareness about his important cause.  These profiles give an honest and technical account of the baby’s journey.

Mom Nikki is not too sure why the girls were born premature but did say that she had a soft cervix and bleeding in the beginning of the pregnancy. At about 12 weeks into the pregnancy, the bleeding did, however, stop.

Her OB suggested a *cerclage but the OB at the hospital said felt it wasn’t necessary if there was no funnelling of the cervix or contractions.

At 12 weeks Nikki was declared unfit to work and was placed on modified bedrest which after a few weeks was altered to just being restricted to stay at home.

At 24 weeks she began to bleed again and was admitted into the hospital. Even though there wasn’t any particular reason found for the bleeding, Nikki was kept for monitoring. At this time the doctors administered the steroid shots to help speed up the development of the babies lungs.

Just three days later, the doctors had to perform an emergency cerclage as her cervix was starting to funnel. Two days later Nikki went into labor and the girls were born the following day by c-section. In a letter to the OB the possible reason given for premature birth was a placental abruption. 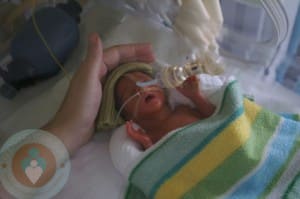 Ciara had a pretty uneventful stay in the NICU. Amazingly, she was only ventilated for one day, was on CPAP (continuous positive airway pressure) for four weeks and then some oxygen for roughly another four weeks.


We even got to kangeroo (skin to skin contact) with her from the third day. She was loud and rumbunctious and loved to eat. Unfortunately she didn’t tolerate my breast milk which is the reason the doctor gave for her GI troubles at around 10 weeks. This started when she had got my breast milk then for the first time.

At nine days of age, Ciara had a scare of NEC (necrotizing enterocolitis: an acute inflammatory disease occurring in the intestines of premature infants) and a GI infection a ten weeks .

She also had a PDA (Patent ductus arteriosus- a blood vessel that normally closes at birth remains open) that was fairly large but the doctors had to delay medical management due to the NEC scare. Lucky for the family, it closed after the third round of treatment and surgery wasn’t needed.

Like many babies born at this gestation, she also had ROP (Retinopathy of prematurity-a complication of prematurity that affects the retina of the eye.).

She was truly a dream micropreemie! 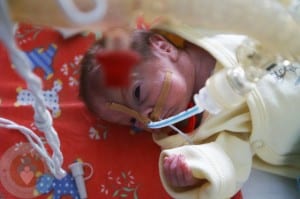 Enya was the one whose placenta had abrupted and when she was born they had to pump congealed blood out her lungs. Not surprising, she had a much tougher NICU journey than her sister.

At birth, the team had to fight to get her to breathe at all. She was on an oscillator (high frequency ventilator) and nitrous oxide for the first day. Enya progressed quickly through the ventilator settings and doctors were able to extubate her and place her on CPAP (continuous positive airway pressure) on the third day.

Unfortunately we were not able to celebrate that great news as the doctors told us at the same time that she had a grade 4 intraventricular hemorrhage.*

The next few days were spent monitoring the bleed and her open PDA.

Enya had a rougher ride with the NEC than Ciara. She was off her food for much longer and really battled to tolerate it again after the NPO (nothing by mouth) was lifted. Enya was only receiving 1ml every 12 hours and was still having issues digesting the milk.

Just 10 days later Enya was placed back on the ventilator for another two weeks  and was officially diagnosed with BPD (bronchopulmonary dysplasia/chronic lung disease). When Enya did come off the ventilator at about four weeks she was placed on CPAP. Within a week, she only needed supplementary oxygen.


Around this time a routine ultrasound showed that her PDA had actually closed by itself and no surgery was required.

Feeding was difficult with Enya and we ended up staying nearly three weeks extra in hospital with her due to difficulty feeding and apnea spells.

For nine months after her arrival, she required caffeine(common use for preemies, but not normally for 9 months) to stimulate her respiratory centre and needed to use an apnea monitor when she was finally allowed to go home.


Like her sister Enya also had ROP (retinopathy of prematurity-an eye disease of the retina) which required laser surgery. 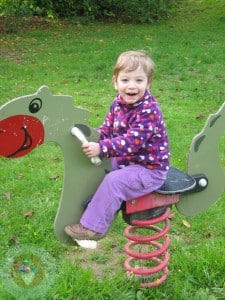 To the joy of her parents Enya came home a month after her due date, which was just after Christmas – the perfect gift!

Apart from needing glasses due to their eye issues, the girls don’t are currently have any issues that stem from their premature birth.

Both Enya and Ciara spent time with physio and were each walking at around 16 months of age.

Enya had a few brief interventions from speech therapy for feeding problems that have gradually resolved over the last two years.

They both had play therapy as well for the last year for problems with concentration and fine motor work (mostly Enya) but have recently been discharged from that as well. At the last preemie followup mom and dad were told that Ciara and Enya are developing normally.

I’m now just waiting for them to start school to see if anything arises there. 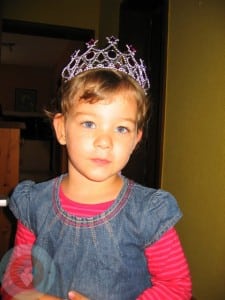 Mom has no other children. Although she would love to have another, her husband refuses to even consider it at this point.

I asked Nikki if she had one piece of advice to give to a new preemie parent, what would it be? She said,

Look after yourself and be kind to yourself during your NICU journey. Don’t be scared to take a day off if you need it. The break can give you new strength to face the trials ahead.

I asked her to describe her girls in one word. For Ciara she said: STUBBORN and for Enya she said: GENTLE.

If you would like to read more about these amazing girls, you can go toThe Babies Who Couldn’t Wait

*cerclage – Cervical cerclage is the placement of stitches in the cervix to hold it closed.


*(IVH-intraventricular hemorrhage is bleeding in the brain. This bleeding is assigned a grade from one to four based on the amount and location of bleeding and the swelling or enlargement of brain structures.)