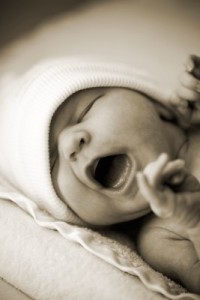 Researchers for the President’s Cancer Panel have found over 300 contaminants in the umbilical cord blood of newborn babies. These findings have led to the experts declaring that babies are born “pre-polluted”.

The contaminates found include chemicals such as industrial chemicals, consumer product ingredients, pesticides and pollutants from burning fossil fuels. Because of these findings, the panelists of the President’s Cancer Panel have urged President Obama to enforce stronger laws to remove the toxic chemicals from food, water, and air.

“The American people – even before they are born – are bombarded continually with myriad combinations of these dangerous exposures.”

Many of the contaminates found are listed as carcinogens, agents that cause or encourage cancer cells from forming. As the rates of thyroid, kidney and liver cancers increase in the US, looking at the amount of pollution the human body encounters is critically important. Some of the carcinogenic chemicals people are routinely exposed to include bisphenol A in plastics and canned foods, arsenic in water, vehicle exhaust pollutants and some pesticides. There are many more that people are not aware of, such as the use of formaldehyde in plywood.

The panelists blamed the shocking numbers on weak laws, lax enforcement and fragmented authority, as well as the existing regulatory presumption that chemicals are safe unless strong evidence emerges to the contrary. They warn that increased exposure before children are even born could have serious effects, including continuing rates of cancer.

To reduce the amount of toxin exposure, the panelists made recommendations for people to use.

Of the more than 80,000 chemicals in use in the US, the U.S. Environmental Protection Agency only requires testing on 200 of them. Many that are known dangerous, such as asbestos, is still not completely banned from commercial products. Today, the Toxics Substances Control Act only regulated 5 substances. – Summer, staff writer