New research findings are challenging the recommendations of the World Health Organization that babies be fed exclusively on breast milk for the first six months of life.

Evidence from a new study suggests that food allergies in children might be prevented by feeding peanuts and other allergenic foods to infants during that first year of life. 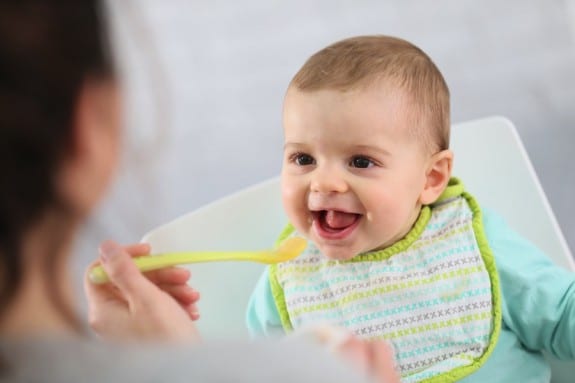 The National Institute of Allergy and Infectious Diseases helped fund this study, and on Friday the organization issued new guidelines based on the results, recommending children at risk for allergies be fed peanuts at 4-6 months of age, but cautioning that these children should be tested first to determine that they don’t already have an allergy.

For the study, researchers also wanted to know if children who consumed peanuts from an early age would remain allergy free if they later stopped consuming peanuts. Children participating in the study were followed from ages 5 to 6, a year during which they ate no peanuts and peanut products. The results found no big increase in allergies, proving the protective effect of the early feedings were stable.

A second King’s College study involved 1300 infants aged 3 months old who were being fed exclusively on breast milk. Half of the infants were randomly chosen to continue on only breast milk until 6 months old – the recommendation in Britain by the United Kingdom Department of Health. The other half were regularly fed small amounts of six allergenic foods: peanut butter, eggs, yogurt, sesame, white fish, and wheat.

At age three, the children were assessed for allergies and overall 5.6% had developed an allergy to at least one of the test foods. When the breast milk only group was tested, the allergy rate was 7.1%. Statistically the difference between the groups was so small it could have occurred by chance. But the researchers discovered that less than half of the parents in the food introduction group actually fed their children the six foods on a regular basis.

Among the children whose parents adhered to the feeding regime, there was a significant reduction in allergies, with only 2.4% of those children developing a food allergy.

The introduction of allergenic foods to infants goes against long-practiced routines and conventional thinking, and some pediatricians argue that the suggested food routine may be too demanding to be practical for families.

Still, evidence is building that early consumption is a beneficial strategy in allergy prevention.