To celebrate their son, Price George’s third birthday, Prince William and his wife Kate have released some adorable new photos of him.

In the series of images, the little cutie plays on a swing in the couple’s backyard, and also shares some of his ice cream with the family’s Spaniel Lupo. 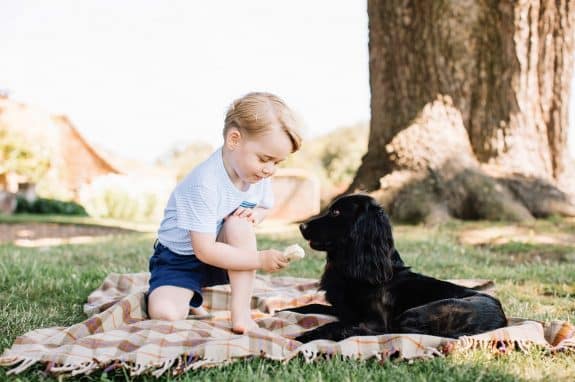 In one of the photos George runs through the backyard wearing a beige Pepa & Co whale sweater and a pair of Hampton canvas shoes. 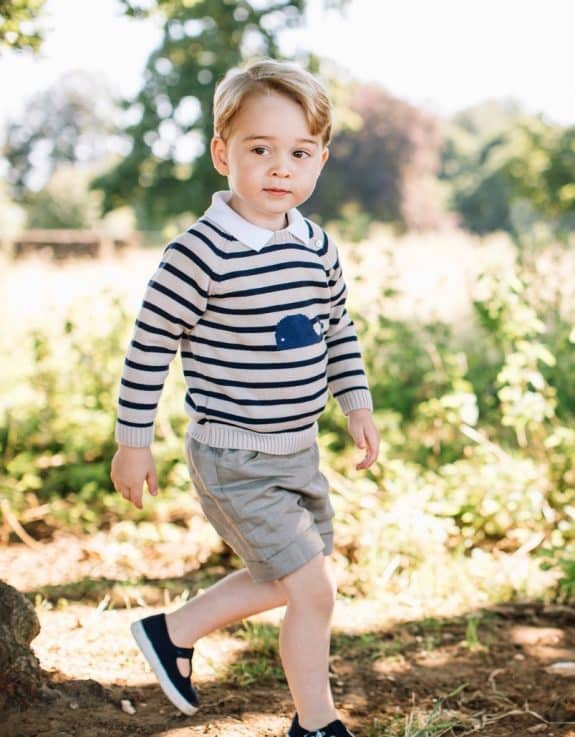 Kate and William revealed that the images were taken by photographer Matt Porteous at the family’s Norfolk mansion, Anmer Hall in mid-July.

‘The Duke and Duchess hope that people will enjoy seeing these new photographs. They would like to thank everyone for all the lovely messages they have received as Prince George celebrates his third birthday,’ the couple said in a statement that was released through the palace. 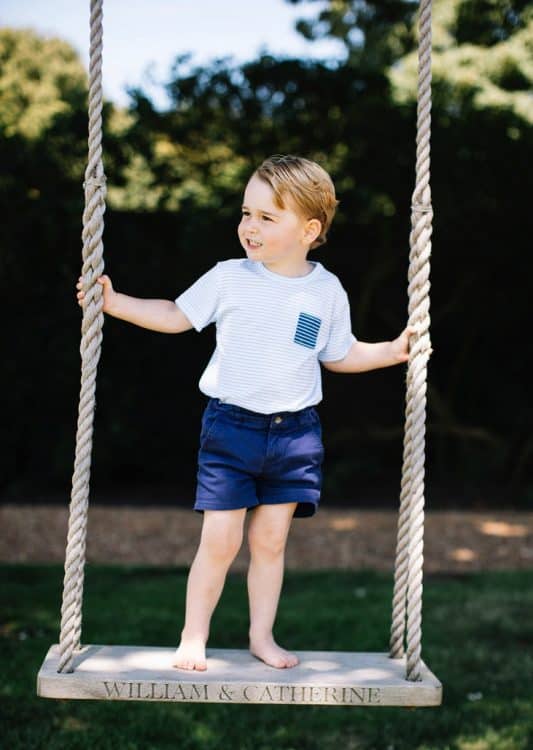 Photographer Matt Porteous said: ‘I really enjoyed the opportunity to take these photographs of Prince George. It was a very relaxed and enjoyable atmosphere. I’m honoured that they have decided to share these images with the public to mark his third birthday.’

The family celebrated George’s birthday with party at their home in Norfolk along with Kate’s parents, Michael and Carole Middleton, as well as friends from School, Westacre.