Home » Prince George Visits The Riat Airshow With His Parents

The Duke and Duchess of Cambridge made a special visit to the Air Tattoo show on Friday to mark the 75th anniversary of the RAF Air Cadets. 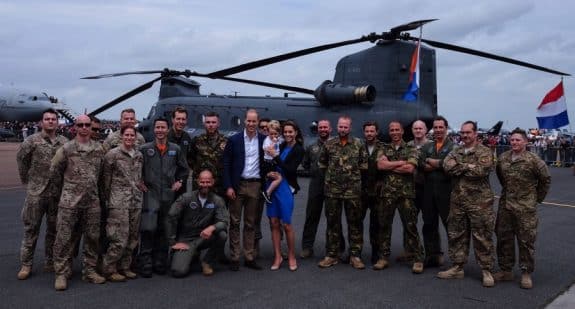 Kate, who is Patron of the Air Cadet Organisation, was on hand to meet some of the 1,500-plus air cadets taking part in the airshow this weekend. 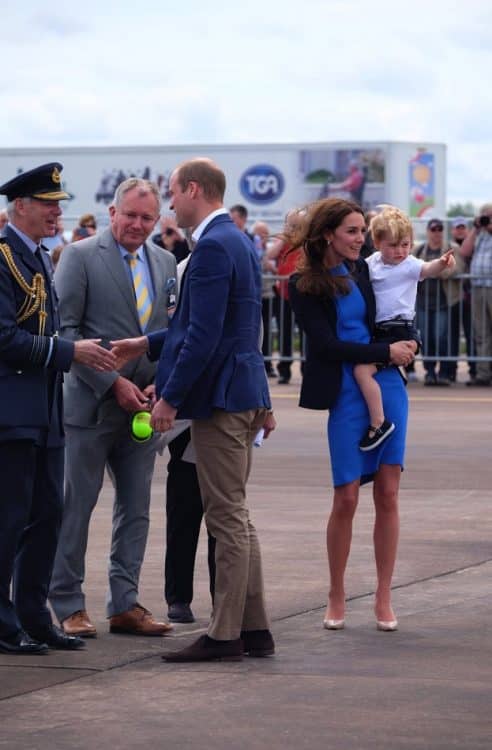 With their son George by their side, Kate and William were then introduced to Red 1 and Red 10 from the RAF Red Arrows before the young prince sat in the cockpit of one of the aerobatic team’s jets, and later the cockpit of a static RAF Squirrel helicopter. 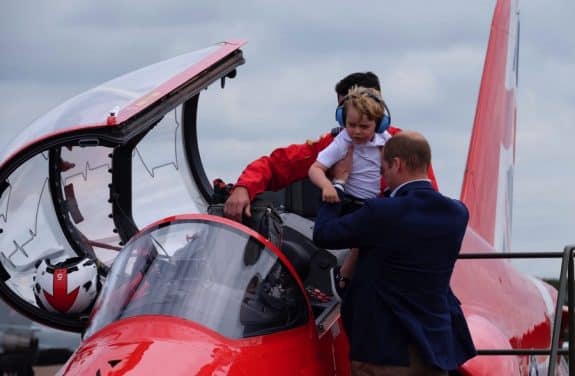 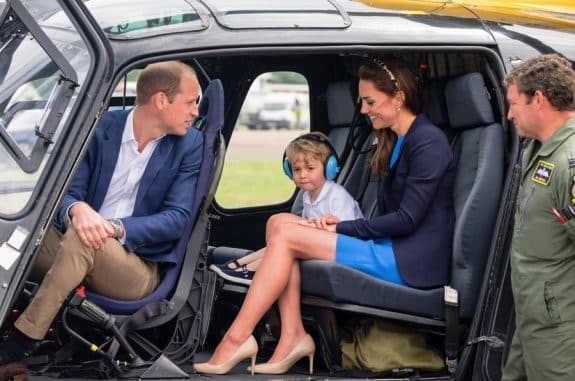 Andy Armstrong, Chief Executive of RAF Charitable Trust Enterprises, which runs the airshow, spoke of his delight that the Air Tattoo team were able to welcome the Royal couple to RAF Fairford.

“There’s no doubt that the Royal couple’s attendance today created an exciting atmosphere, particularly amongst our huge team of hard-working air cadets. Those who were lucky enough to meet the Duke and Duchess were thrilled.

“Their visit came as a very fitting acknowledgement of not only the hard work and efforts of all of the air cadets, but also those of the 2,000-plus team of Air Tattoo volunteers, who work so hard to make the show possible.”