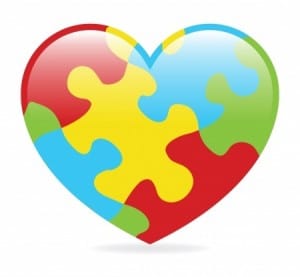 Parents who care for children with autism (or any other physical or emotional disability) often report feelings of depression and isolation. Some doubt their ability to meet the daily needs of their child. All of this leads to a very difficult situation, not just for the parent, but also for the child. Could providing something as simple as a problem-solving, parent-centered therapy program be the answer to easing those stressful feelings? A recent study from Boston University suggests it’s a definite possibility.

When a young child is diagnosed with autism, there is usually a referral made for various services that the child may need – speech therapy, social skills training, cognitive therapy, etc. But there is little in the way of services for parents. Some communities do have support groups, but even those can be few and far between, especially in smaller, less populated areas.

Lack of support, lack of knowledge and the sometimes very difficult to manage care of a special needs child leads to stress, frustration and burnout for the primary care giver. This, in turn, hinders the parent’s ability to care for their child, which only further compounds feelings of stress, isolation and frustration.

Researchers from Boston University wanted to see if skills therapy could help mothers cope with the challenges of caring for a child with autism, so they recruited 122 mothers and their children from six different community programs that serve low-income families and one autism clinic. A total of 59 mothers were randomly referred to a skills therapy program – 80 percent of which completed all six sessions over the course of six months.

In the sessions, mothers completed workbook-guided exercises to help them identify problems and work toward solutions. For example, if the mother said she was feeling isolated, and needed time with friends, but didn’t have anyone to watch her child, she would set goals to resolve the problem. Potential solutions could include having a family member watch her child so she could have an evening out.

According to Emily Feinberg, the hope is that mothers could take those problem-solving skills and apply them to other obstacles in the future – obstacles that could create stress and feelings of depression or isolation.

Though a follow-up will need to be done to determine if those skills will serve mothers in the long run, the study indicated that there was a definite benefit to receiving the problem-solving skills therapy. Three months after enrolling in the study, about 29 percent of the mothers who had only been given instructions to follow the usual care for their children reported concerning levels of stress. In contrast, only 4 percent of the mothers in the skills therapy group reported those same levels of stress.

Researchers also found a small reduction in worse-than-normal symptoms of depression among the mothers in the skills group – a reduction that Feinberg believes would have been more significant, had the study been on a larger scale.

“It’s important to know that this is not a substitute in any way for treatment of the child,” Feinberg, who is the study’s lead author, told Reuter’s Health. “[But] I think what this offers is an evidence-based intervention that really focuses on skill building and that does not seem to be widely available at this point.”

Unfortunately, this program may not be something easily obtained for mothers who care for children with autism, especially for those that live in areas where resources are already limited.

“Obviously, the child with autism should be the primary focus, but family has to be part of the interventions as well. The impact on them really needs to be addressed,” Annette Estes, director of the University of Washington Autism Center in Seattle, who was not involved in the study, told Reuters. “The struggle is having access to those types of programs in communities that are in lower resource areas or areas that don’t have academic centers.”