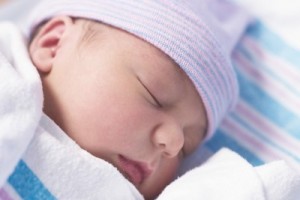 Project Cuddle® is an important organization dedicated to saving babies across the country from the fate of being abandoned.

It was founded 13 years ago from the living room of Debbe Magnusen with the hopes of saving the lives of babies that would otherwise be lost.

Within 12 hours of opening the 24 hour crisis-line, Project Cuddle® got its first crisis call. A frightened woman that had hidden her pregnancy from everyone she knew, was due to deliver any and had no prenatal care.Debbe had only days to orchestrate a safe and legal alternative to abandonment, Project Cuddle® was able to retain an attorney, a family wanting to rescue and adopt the baby, as well as an obstetrician, hospital and social counselor, Debbe Magnusen coached this woman through the delivery of a beautiful baby girl. After the baby was delivered into the arms of the adoptive parents, the birth mother said to Debbe. “I feel like I’ve done something good for the first time.” The woman did not break the law, the baby was safe and a rescue couple was overjoyed at having a new daughter in their lives.

Since its inception, Project Cuddle® has saved over 600 of babies across the country and into Canada from the fate of being abandoned, or worse. Aside from active work in the field, this amazing organization also seeks to raise public awareness of the problem of child abandonment.

Five years ago, actor John Stamos got involved with the charity while looking for something to devote his time and efforts to.

I really knew I could help this woman [Debbe]. She was working out of her garage saving babies. She started with an 800 number to find a place for abandoned babies, or if you’re thinking of abandoning your baby to call this number. She then would go help the pregnant teenagers or women and find parents for them.

His main role as spokesperson is to help spread the word about this organization. In his time with Project Cuddle®, the ER star says that he has had so many moving events since being involved it would be hard to pick just one.

Honestly, I’ve had so many. People come up to me and say, “I was going to abandon my baby and I saw you on ‘Ellen’”, or “We saw the Oprah piece and I didn’t [abandon]. I called Debbe.” Or parents will come up to me! I’ve had parents come up to me with this baby and say, “Thank you, because the birth mother saw you on television, heard you talking about it, called Debbe and now we have a baby because of it.”

What an awesome organization! There are too many babies that are abandoned at birth for many different reasons. I sure hope the word just keeps spreading about Project Cuddle because there are SO many parents out there that would love to adopt these babies! – Shannon Strohm, Staff Writer