It has been long known that simple toys can help babies to learn valuable skills. Balls to help their eye-hand coordination, shakers for cause and effect, teddy bears and stuffed animals to help them learn to soothe themselves. But according to a recent research review, building blocks and puzzles are the two toys that help prep children for school and life. 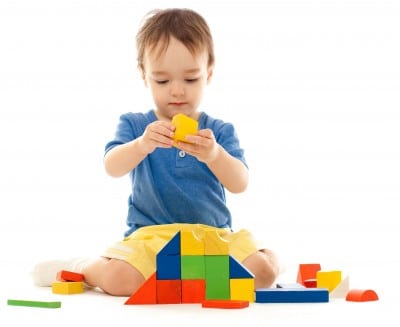 Even though “screen-based entertainment” like computers, tablets and cell phones can keep little one’s occupied, it has been found that the technology is less effective than the more traditional toys in teaching spatial reasoning to children. Spatial reasoning is the ability to visualize and manipulate objects as they would appear in space. It is important in various careers, including science, math and engineering. Lead author of the study Brian Verdine, a postdoctoral fellow at the University of Delaware says “Skills including early geometry and knowing the names of shapes, help kids learn the math skills they pick up in kindergarten. And if they already have those (before they begin school), they are ahead of the curve.”

Playing with shapes and blocks, as well as other toys does more than just get children used to touching, visualizing, and manipulating the objects. When a caregiver joins them, the conversational dialogue that goes on during playtime is a special opportunity to bond as well as to learn spatial skills. A good example is comparing the sizes, colors and positions of the object the child is playing with, this can teach them how to make comparisons. 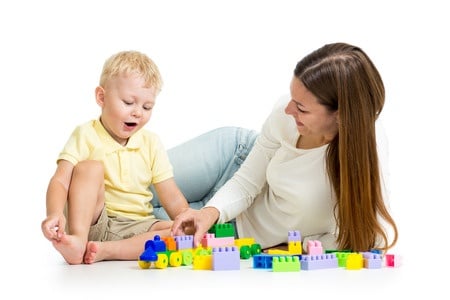 Marsha Gerdes, a psychologist at The Children’s Hospital of Pennsylvania in Philadelphia comments “When a parent is directing the play and narrating, that kind of conversation is such good learning for children. Parents should be like sportscasters and keep a running commentary on what’s going on.” Gerdes was not involved in the review process.

Verdine makes a good point that real-world play can also teach social skills in children. He says, “One reason these old-fashioned toys provide a lot of benefits is that they involve other play partners or adults in some way, parents provide a lot of additional language input, and they can respond to children in ways that electronic toys really aren’t able to do at this point in time.” While the modern screen-based toys of today are alluring for families, there are many experts that believe that they do not help children learn as effectively as real objects and that they don’t compare to real human interactions with other people.

“Parents see that children will watch these screens and look like they understand, but they are not looking and perceiving in a way that is helping them learn. Kids are not learning as much as when they are actually looking at their parent’s face and listening to them sing a song when they are watching a pattern on a screen.”

It has also been found that children who spend a lot of time in front of a screen, whether a computer, a tablet or a television, also tend to have lower reading scores, an inferior ability to use spoken language and more attention problems, compared to peers who did not spend time in front of screens.

In 2013 the American Academy of Pediatrics released guidelines on screen time and advised against any screen time for children under the age of two years-old. Beyond the age of two, they recommend limiting screen time to one-to-two hours daily. Verdine and his coauthors had reviewed prior research on the cognitive effects of the different types of play that children engage in. While they did find real-world toys to be better at teaching children spatial skills, there are a few electronic toys and apps that can offer “bonus learning experiences.”

“The best digital toys can adjust the difficulty level of the task in response to the increasing skill level of a child, creating an individualized experience for the child that can reduce frustration, optimize learning and increase engagement.”

Parents who are looking to build valuable real-world skills with their children beyond playing with blocks and puzzles can try other toys that encourage pretend play such as kitchen sets, dolls and action figures. Verdine’s group believes that building skills like the spatial reasoning from an early age on might make children more likely to pursue career paths that might require a similar skill set. 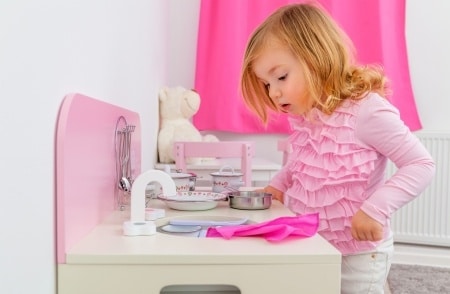 “The kinds of skills these toys build are related to staying in (science and engineering) subjects through college, and to being successful in those careers later. So the earlier we can start on these things, the better. If you’re better at age three, you’re probably going to be better at it later. It’s a cumulative effect as you continue to build those skills.”