Actress Rachel Bilson was cute in a white printed above the knee dress during a shopping trip with friend in Los Angeles on Thursday (July 31). 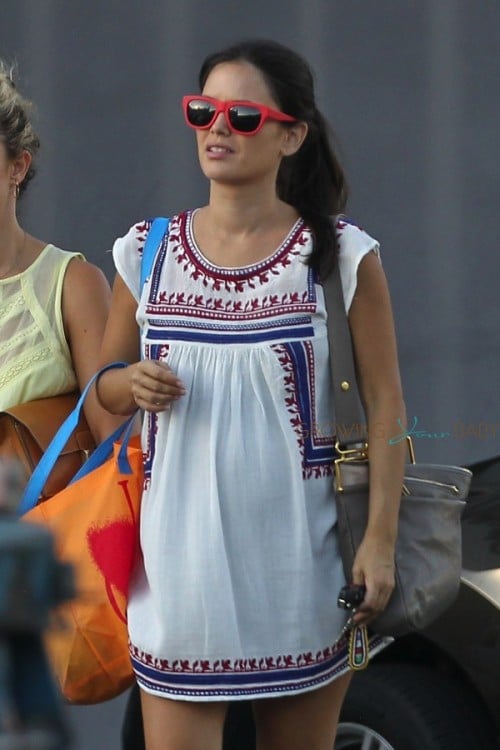 About 6 months along, the actress gave us a bit of a peek of her growing belly as she made her way to her car. 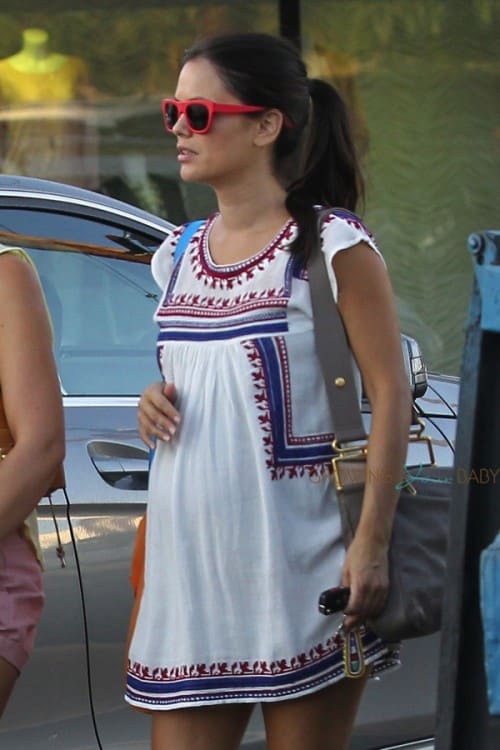 Currently, on a break from filming her hit CW show, Heart of Dixie, there will be big changes in the direction of the show when she returns. 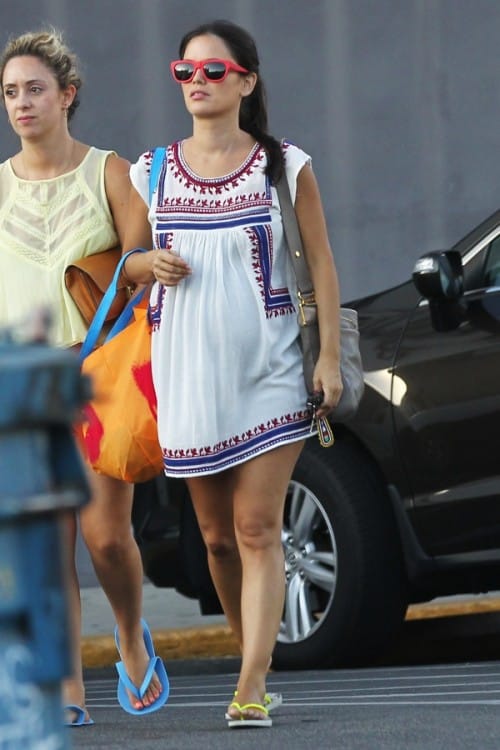 Often shows work hard to conceal their star’s growing bellies, but in this case the show will write Rachel’s pregnancy in. 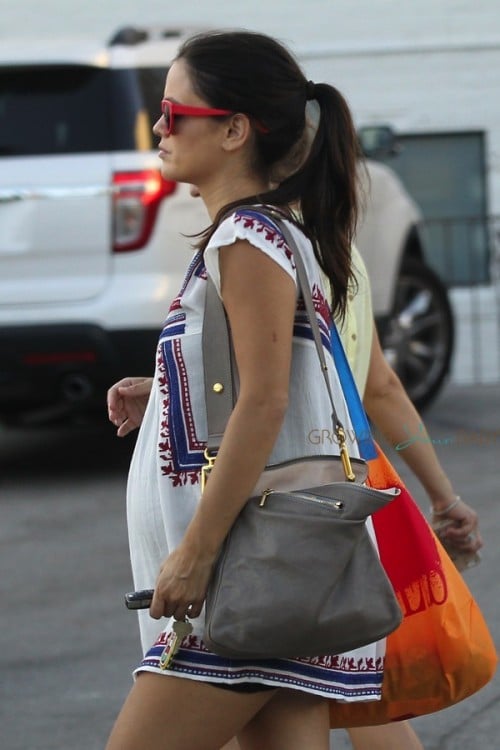 Rachel and boyfriend Hayden Christensen have been mum about the baby’s arrival since it was revealed they were expecting in May, but an insider told Us Magazine,

“They’ve both talked about this for awhile and are so excited.  Everyone is beyond thrilled for them.”

During an interview with Cosmopolitan in May 2013, Rachel said, “I definitely have family on the brain. Having kids is something I want to see in my future—I hope.”

It’s definitely happening and we couldn’t be happier for the couple!