Stylist and designer Rachel Zoe was spotted out on Tuesday(February 28) with her blue-eyed beauty Skylar having lunch and then picking up some groceries. 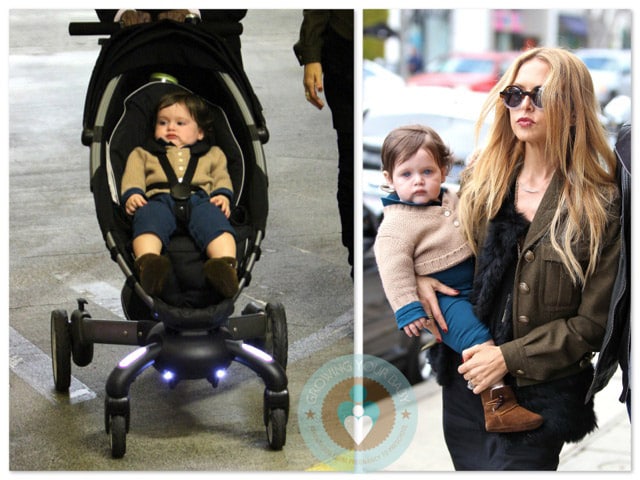 Not only does Rachel pride her self on being the most current fashion wise, she also insists on having the best gear for Skylar. Yesterday he rode in the techno trendy 4Moms Origami stroller. Just launched in January, this cool stroller collects energy while you are pushing it that is used to run the power-folding mechanism. It also has running lights and will re-charge your smartphone from the parent tray!

With a Missoni Bugaboo, an Orbit G2 and now a 4Moms Origami in the garage, Skylar Berman is definitely one of the trendiest kids in Hollywood!