Stylist Rachel Zoe managed to keep her growing belly hidden in a dress designed by Balmain at the Weinstein Company Golden Globes afterparty. 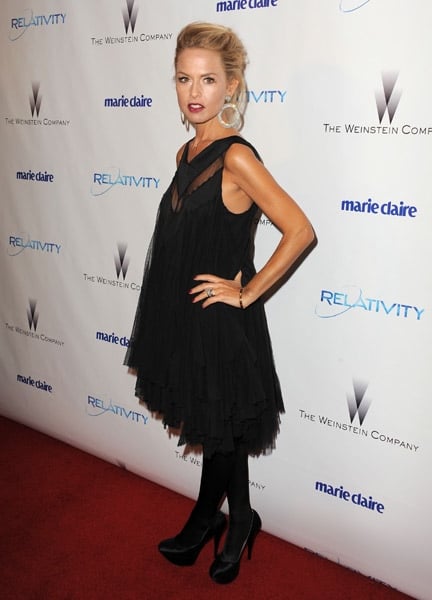 The day before the big event the first time mom-to-be tweeted she wasn’t sure what to wear saying,

Now the question is what does a 71/2 month pregnant person wear tonight for the Globes Parties???? so tired! xoRZ

Apparently the French designer came to her rescue because just hours later she took to twitter again to say,

While out Rachel spoke to Instyle.com about her pregnancy and cravings saying,

“It’s been a good pregnancy. I’m super tired, but I have no time for a nap.”

As for cravings? She only wants one thing.

“Strawberries are my only craving.  I can eat a whole pint!”

The baby, who is rumored to be a boy, is due in April.  The stylish mama-to-be looks great and is not giving up her heels for her pregnancy!