No strollers needed for this dad! T.I. proudly showed off his daughter Heiress Harris while walking down the street in Beverly Hills on Monday, June 27th, 2016. 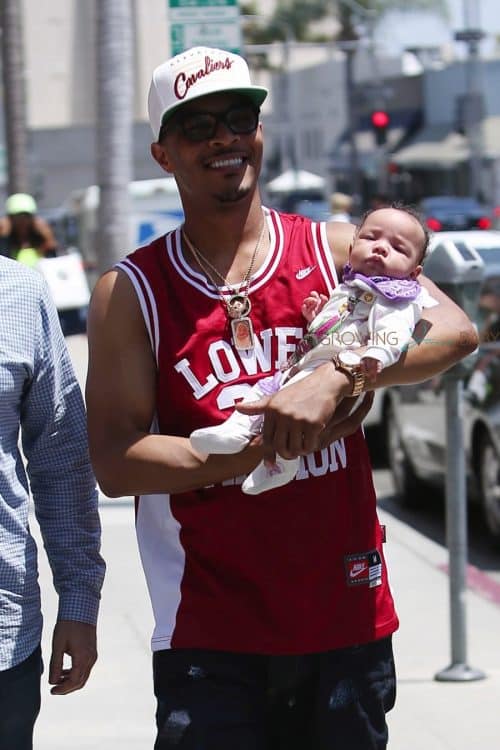 While beaming from ear to ear, T.I. cradled his little sweetie in his arms, and even wore a necklace with her picture in it.

The rapper is clearly not sparing any expense with his baby girl because the 3 month old was wearing a $250 Young Versace sleeper. 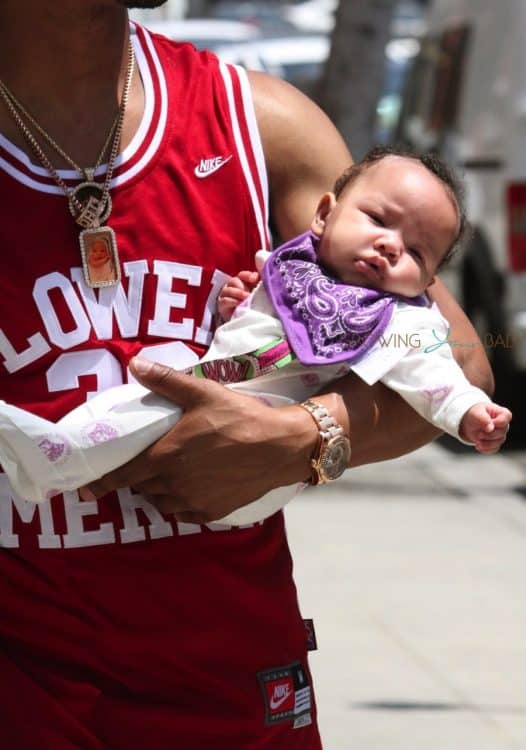 Later T.I. posted a video on Instagram of Heiress propped up on the couch.

Fans will hopefully get a better peek of the new addition in the family’s reality show, T.I. and Tiny: Family Hustle. The show will be returning for its new Season on Monday, July 18th at 9/8c on VH1!