Baby Kyden Kelly is perfect. Ten perfect toes. Ten perfect fingers. But his mother, Kimberly Kelly, will never know that, and little Kyden will never know his mother because of a rare complication that resulted in her death during delivery. And now, her husband, Wayde Kelly, is trying to figure out how to cope with the horrible loss. 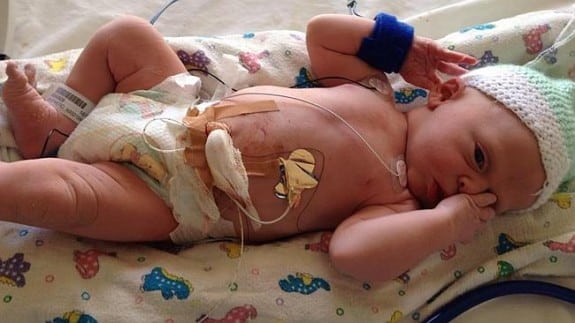 The day that Kyden was delivered, things seemed to be going along just fine. In fact, the start of her birth had gone along without a hitch. It wasn’t until it came time to push baby Kyden out that something went horribly, horribly wrong.

“They said the baby’s nearly here. She was trying to push and then she said she felt lightheaded,” Wayde told news.com.au. “I was holding her hand and I looked away for a second and she just let go of my hand and had a bit of a fit. I was watching her lose color. It is something I’ll never forget. The last thing I saw was the smallest nurse jump on the gurney and start giving chest compressions and at that point, I felt sick.”

For the next two hours, doctors would try to revive Kimberly, but they would be unsuccessful. Kimberly had suffered from an amniotic fluid embolism, a condition in which the amniotic fluid that surrounds the baby during pregnancy enters the maternal bloodstream. The condition is so rare that it only occurs in about 6.1 out of every 100,000 deliveries. The fatality rate is 14 percent, making it a leading cause of maternal mortality in the developed world, and it cannot be prevented or predicted. 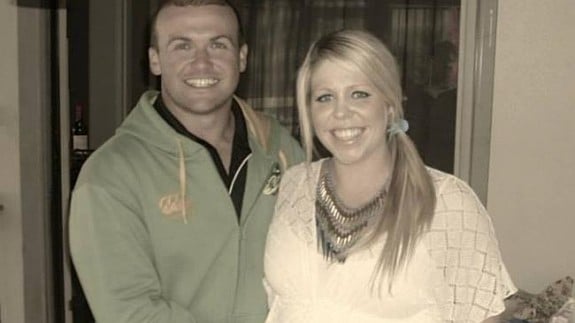 It is that sudden loss—the unexpectedness that came with her death—that Wayde is struggling to cope with as a first time father who must now go it alone.

“At first, I couldn’t look at him without crying,” Wayde said. “The only thing Kymmy wanted to do that she hasn’t done was be a mum and I thought I could only enjoy it with her, but just looking at him . . . now I’ve got something to focus on.”

And he is, in fact, focusing on his new role as father. And, thankfully, he has received tons of support from the community—a community that absolutely loved his wife and is also sad to hear the news of her death. There is even a fund happening to help the father handle expenses of the burial and the costs that all single parents struggle to meet on a single income.

Wayde also says that, thanks to those funds, he plans to return to the Coast, where he and Kimberly’s family are located, so that he can have family nearby as he copes with the massive loss.