Home » Rare Identical Triplets Are One in a Million!

The chances of having identical triplets is estimated to be one in a million but because the occurrence is so rare, some medical experts also believe this to be a one in 10 million phenomenon. However, one mom from Saskatoon got lucky when she naturally conceived triplets, and was pleasantly surprised to find after their Monday birth, that the girls were identical! 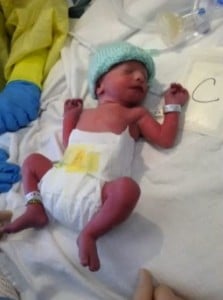 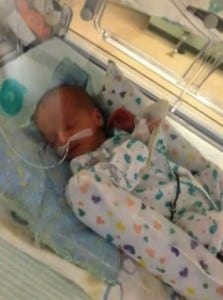 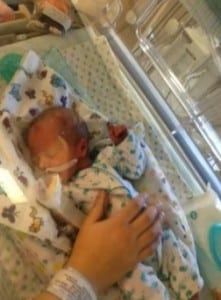 With easy accessibility to fertility treatments, multiple births are no more uncommon. But naturally conceiving triplets is still rare and it becomes an even more exceptional birth if the triplets are identical. This means that they were conceived when a single fertilized egg that split into three carrying the same genetic material.

23 year old Teri-Lynn and her husband Andrew say they were not on any treatment when the triplets were conceived. 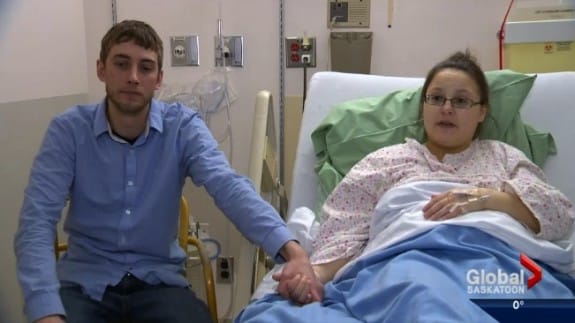 “The fact that the three of them are all identical is what makes it so rare,” Teri-Lynn said.

It was in the second trimester when the mom-to-be found that she was carrying triplets.

According to records at Royal University Hospital, which date back 20 years, this has never happened until now.

The girls were born via C-section and are currently at the neonatal care unit of the hospital. The first born Aubrey weighed 4 lbs 7oz. Next was Madeline who’s 3 lbs 14oz. and last to arrive was Sophie, the smallest of the siblings at 3 lbs 13oz.

“The reason they’re in NICU is just to gain more weight cause they’re so tiny,” Teri-Lynn said.

The couple, who are already parents to a son and daughter, are anxiously awaiting the homecoming of the triplets. 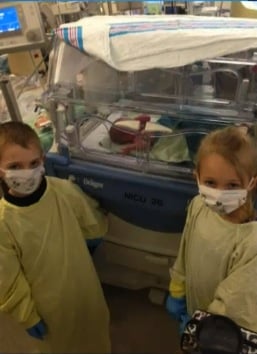 But the new mom also says that she will use this time judiciously.

“I’m tired and I might as well rest now while they have someone taking care of them,” Teri-Lynn said.

Andrew on the other hand is thinking of ways to differentiate between his identical daughters.

“We’re going to have to paint their toenails different colours for the first while until we can figure out different quirks about them,” he said.

It is going to be lot of adventures and fun days ahead for the Pocha family for sure.