Home » Read To Your Baby

We have read to our son since he was born. I used to read to him while he was in the NICU and you could tell he was listeneing to my stories. He would respond to my voice by relaxing and sometimes falling asleep . Our hospital also gave a reading package to us when I had him to improve awareness on the importance of bedtime reading.

ABC News online has an article about babies understanding stories that are read to them as early as 3 months. 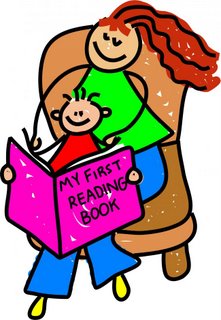 Researchers used a magnetic resonance imaging machine, or MRI, to look at brain activity while 3-month-old babies listened to a children’s story read aloud. An MRI machine allows scientists to see what part of the brain is working the hardest at any given time, providing clues to how the brain works.

By looking at the areas of the babies’ brains that “lit up” on the MRI, scientists could track the path of information through the brain.

Surprisingly, the researchers found that even though 3-month-old infants are a long way from learning to talk, their brains respond to the simple story just like an adult brain would respond.

This means that an infant’s brain is working to fit words into sentences long before babies learn to talk.

“Babies’ brains are little sponges, but we didn’t realize how much they absorb,” said Dr. Ari Brown, a pediatrician and author of the book “Baby 411.”

Researchers also discovered that babies could identify a sentence when it is repeated. The second time a baby hears a sentence, its brain response is even stronger than the first time.

Pediatricians caution that these results should not be interpreted to mean that infants understand what is said.

“They can identify the difference between cat and rat,” said Brown, “but they don’t know what the sounds mean.”