Home » Rebecca Gayheart and Eric Dane Play in The Surf With Billie!

Actors Rebecca Gayheart and Eric Dane were spotted enjoying a family day out with their oldest daughter Billie at the beach in Malibu on Sunday. 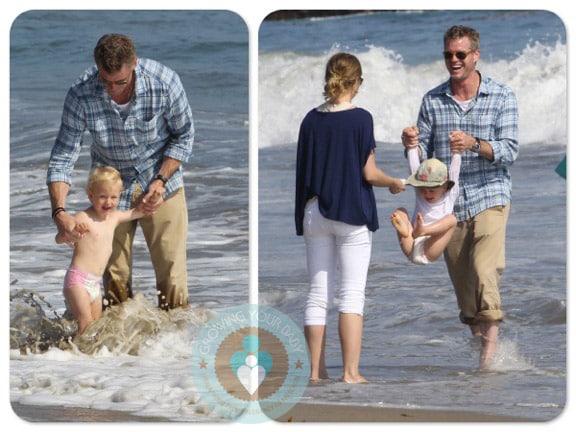 Not along for the outing was the couple’s second daughter Georgia. Born on December 28, the baby has yet to be seen out with her parents despite the fact that they have been out as a family many times with Billie.

For their trip to the beach on Sunday the couple had a blast with the 2-year-old and even headed into the water fully clothed.  Eric rolled up his pants and was all smiles as he lifted Billie over the waves ensuring they didn’t drag her under.  Rebecca kept a close eye on the pair and carried the tot’s clothes after she stripped down to her pull-up.