The U.S. Consumer Product Safety Commission and Health Canada, in cooperation with Summer Infant, today announced a voluntary recall of about 2 million in the United States and an additional 65,000 in Canada Mother’s Touch/Deluxe Baby Bathers. When the bather is lifted and/or carried with an infant in it, its folding wire frame can suddenly disengage from the side hinge, dropping the baby out of the bather, posing a fall hazard and a risk of serious head injury to infants. 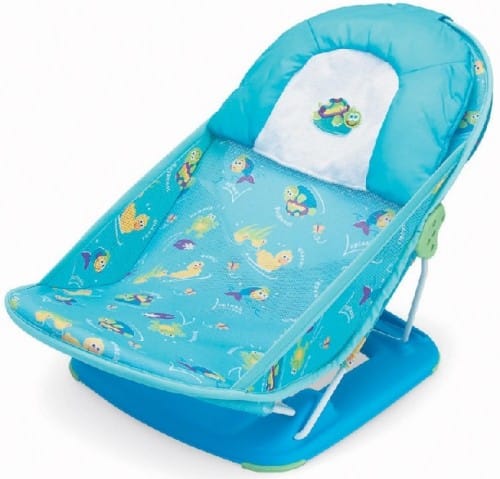 CPSC and Summer Infant have received seven reports of incidents in the U.S., including five reports of infants suffering head injuries from falls from the bathers. Four children between two weeks and two months old received skull fractures, including one that required intensive care for bleeding on the brain. The fifth child received a bump to the head requiring emergency room treatment. 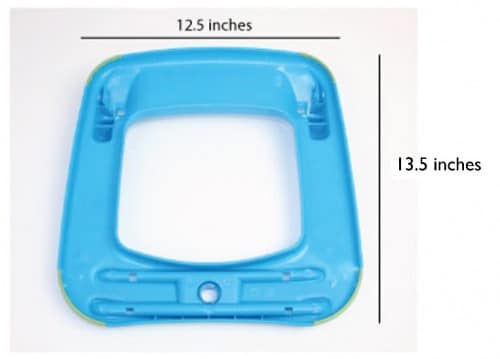 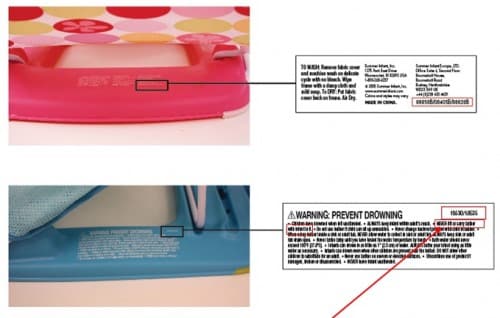 Bathers manufactured since July 2007 include the warning “Never lift or carry the bather with infant in it.”

The bathers have adjustable side hinges with five rivets each and a white wire frame with a mesh fabric sling seat and two or three positions for the seats. Some also have a head support cushion. The fabric seat comes in various colors including white, blue, green, yellow and orange with fish, turtles, butterflies, frogs, flowers and duck patterns. Bathers manufactured since July 2007 include the warning “Never lift or carry the bather with infant in it.” 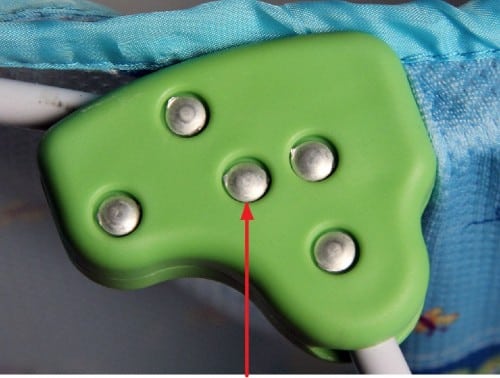 Side hinges have five rivets

Consumers should immediately stop using the bathers and contact Summer Infant at (800) 426-8627 between 8 a.m. and 5 p.m. ET Monday through Friday or visit the firm’s website at www.summerinfant.com/batherrepairkit for a free repair kit that includes a locking strap and instructions. Note: Even with the new locking strap installed, the baby bather product should never be used to lift and carry an infant. Do not return to stores as the retailers will not have the repair kit.