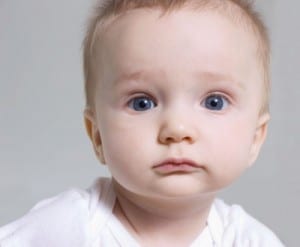 In the United States, approximately one percent of children are affected by autism. And, while there may not be much mystery to the source of autism in families that have a history of the genetic disability, there are some families that are left wondering where the condition came from. A recent study may provide the answer.

Three different studies were published on Wednesday regarding a possible source of autism in families that do not have a genetic history. In the first two studies, a series of genetic variants were uncovered that increase the risk of autism. In the third study, researchers indicated that these genes affect the actual formation of the “bridges” that transmit signals from one part of the brain to another.

According to researchers, when genetically altered, these areas of the brain can produce copies of the originals, or, in some cases, cause a missing region. The extra copies result in autism while the missing area results in what is known as Williams syndrome. The study also indicated that a larger mutation was required to cause either condition in girls than in boys.

The two conditions are polar opposites in respect to how the individual interacts with others socially. In autism, the individual may struggle with developing social relationships. The severity of the effect depends on the spectrum of the condition and can range from mildly awkward in social situations to complete inability to interact with others. Other issues with autism include repetitive movements, behavioral issues, and sensitivity to certain types of stimulation.

Williams syndrome is exactly the opposite. The individual is often overly trusting, even with complete strangers. They are likely to be very drawn to music and may have face or hand disfigurement or display delays in development.

The study, however, has been somewhat discredited due to critics who state that the technique used to find this genetic mutation, a technique known as microarray, can often be misinterpreted. This same technique is often used in the cancer field. Scientists use this technique to learn how tumors work so that they can develop tumor-specific drugs.

Despite what the critics say, Gerald Fischbach, the scientific director at the Simmons Foundation who funded the first two studies states that, “The microarray studies have shown, beyond doubt, that there are, indeed, rare genetic variants that account for a significant fraction of autism.”